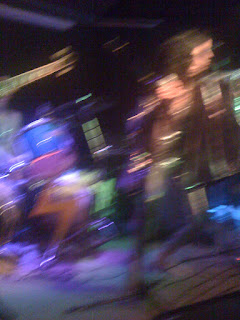 After a four year wait, Disaster Amnesiac finally got to see the wonderful Fancy Space People live and close up. The group played this smaller venue, the night after opening for Smashing Pumpkins at Oakland's Fox Theater.
Magic Leaves started the show. Their music is a hopped up "regular guy" art Rock, with a lead guitar player who plays quite good solos and a sharp rhythm section. I love seeing bands that are still developing their sound, and it seemed like this was the case with the Leaves. A definite lack of pretension here, and a definite love of playing. 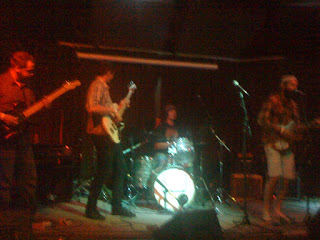 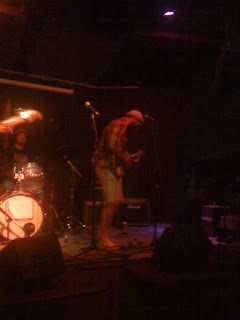 Jean Genies played next. They are a 1970's era David Bowie cover band. I was talking to my pal Adam a lot, and, sadly, took no photos. Mick Ronson was great! Paging Paul Hood and Craig Gray! 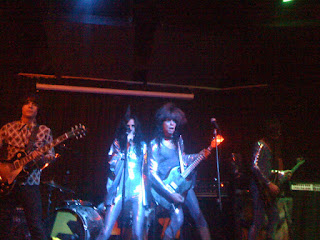 After midnight, Fancy Space People ambled up onto the stage and presented their brilliant, fun, mashup of Glitter/Space/Psych. I was stoked to hear Spectacle Electric! This band is just so rad in so many ways. Nora is riveting as a front person. Disaster Amnesiac can die never having had to watch Alice Cooper live, as Ms. Keyes pretty much owned and delivered that particular vibe in spades! She also has the coolest fingers in Rock! 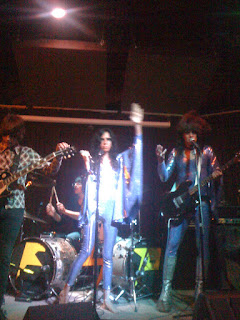 While Don Bolles's former band mate Darby Crash will be forever seen as the primal poet of Hardcore, Don has become something even cooler-the elder shamanistic messenger. It's always inspiring to see him play. Oh, and was that Paul Roessler on keyboards? Shit yeah! 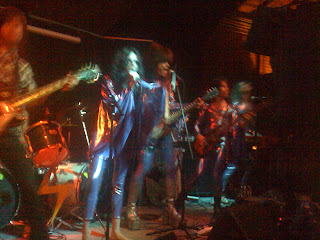 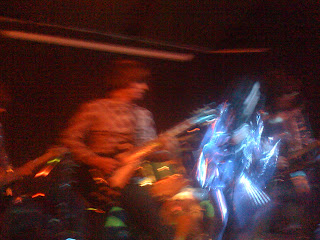 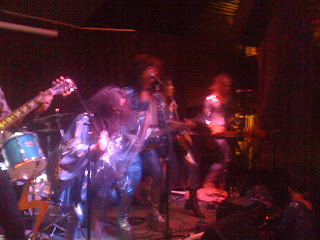 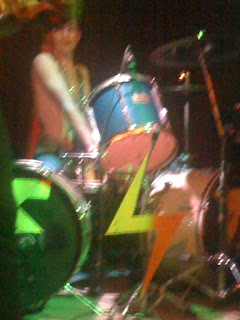 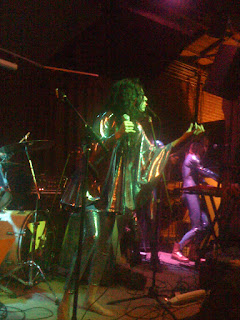 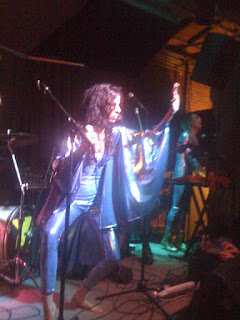 Above: Fancy Space People, in space!

I still can't say enough good things about Fancy Space People. It was just so great to see and hear them live, loud, trippy, and fun!