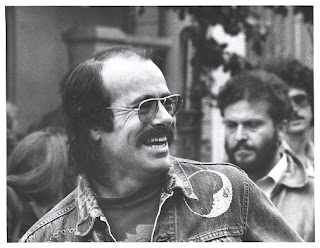 No disrespect to Robert, but I do agree with your "dopey" comment. I've never felt that Dead lyrics really held up under close scrutiny. Best just let all their ramblin' Olde West storytellin' just sorta flavour the instrumental proceedings. That worked for me. But I always wondered what they would have sounded like with angry/biting/political lyrics, ala MC5 or Henry Cow or somebody.

Hey, Row! I don't think that anyone in the Dead have ever been inclined towards those types of polemics. I guess that's why Hunter's lyrics fit so perfectly with Jerry's musical efforts. I'm still marveling at how much influence his words had on so many people.