Greg Ginn and the Royal We-We Are Amused 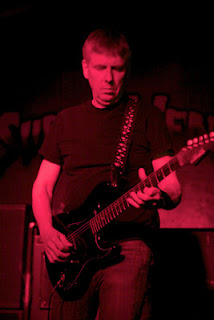 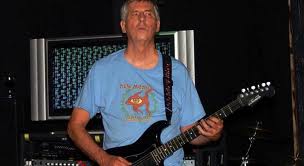 Next week Greg Ginn will be releasing a new recording, that of his Greg Ginn and the Royal We project. It seems as if our man at SST has started yet another new chapter in his going on four decade career of music making. This turn of events has had Disaster Amnesiac thinking about, and listening to, as much of Ginn's work from the 2000's as I can scour up. Here are a few of my thoughts.

Mojack-The Metal Years
The Metal Years will probably stand as the Ginn release that is most pleasing to his traditional fan base. I'd say "ditto to Under the Willow Tree", but sadly, have not heard that one. What Disaster Amnesiac has heard on the Metal Years, though, is Ginn powering a mostly-live band, made up of Greg on bass and guitar, Steve DeLollis on drums, and Tony Atherton on saxophones. Pleasing, in that the classic Ginn melodic approach of simple, repetitive melodic lines is the standard here. It's what happens around and on top of these lines where the magic happens. DeLollis's approach is fat and funky, moving the tunes with solid, musical, acoustic kit playing. Ginn's tandem bass lines provide thick support for the drumming. His bass playing can seem as powerful and original as his guitar playing, in its own, Ginn-singular way.  The Metal Years is a rhythmic romp, for sure. The upper registers of the sound are provided by Atherton's great saxophone. His sound is wild and controlled at the same time, and when it's not going into full Fire Music mode, it is often giving the proceedings a kind of  rollicking 1960's Pacific North West feel; you know, like the stompin' bleats of the Wailers, the Raiders, etc. Greg  revisits his classic guitar soloing approach on the Metal Years. Listeners are treated to the out of control, noisy blasts that made Black Flag  and Gone such compelling groups for guitar freaks. The overall sound of the Metal Years is a kind of hybrid of the heavier jam bands, SST melodic aesthetic, and Jazz, which bounces and grates and slides and rocks, all in a very live feeling way. Great stuff.

Hor-Culture Wars
Wrapped in a naughtily lurid cover, Culture Wars continues the legacy of Ginn's Hor project, which goes back to the mid-1990's. Hor is a much more electronic music-related concern than Mojack. Ginn has been pretty open about his love for electronic music, stating, for example, "[I']ve gotten really involved in that (electronic music), as far as listening and going to clubs and stuff. I like the hardcore techno, but also a lot of other electronic music" in Mark Prindle's Mark's Record Reviews web page. The band, made up of Ginn on bass, guitar, and synthesizer; Sean Hutchinson on drums; and Andy Batwinas on percussion, crank out a taut, robotic, computerized sound. Ginn's guitar playing is less melodically/chordally-focused; instead, he plays clipped arpeggios, little percussive runs up an down the neck. It seems as if he wants to get his guitar to sound as much like a computer as possible. On the rare occasions when he does solo, he keeps them succinct, jumping out from and back into the rhythm really quickly.  His bass stays in a more traditional "bass" role, and, as such, proves a lot of the melodic feel on the tunes. Much as in the Mojack release, Ginn's bass playing is superior and deserves special mention. He really does coax rich, thick tones from the instrument. A few years back, there were intense on-line debates as to whether or not certain listed drummers on Gone releases were real or fictitious. Disaster Amnesiac can attest to the actual existence of Hor drummer Sean Hutchinson, as I've seen him play live (3/29/2010, Red Devil Lounge, S.F. CA). Hutchinson is adept at fusing acoustic trap set playing with laptop-generated electronics, and does so on Culture Wars. His playing is tight and uncluttered, less Funk-oriented than that of DeLollis, but perfect for Hor's Techno grooves. His drumming and Andy Batwinas's percussion stick close to the computerized beats and feel here. Overall, Culture Wars is a fast-paced, intense blast of guitar-led Techno from the mind of Mr. Ginn. Who bought this? I sure did!

Gone-The Epic Trilogy
Greg Ginn/SST's late 2000's re-emergence was heralded in large part by this 2007 release, the first from Gone since 1998. A double CD release, the first of which featured vocals by Bad Brains leader and long-time SST recording artist HR, with the second featuring instrumental-only versions of the same songs, The Epic Trilogy proved to be a challenge to many who followed Ginn's work. Over three sprawling, twelve to fifteen minute songs, Greg sounds renewed and re-energized, but, perhaps, a bit too tech-ey for many. More on that in a bit. First, let's talk a bit about Mr. Huntin' Rod's vocal performance. On the Epic Trilogy HR's approach is less righteous Rasta and more good time party in its tone. It's as if he uses the opportunity to sing "side project" to let go of some of the heavier messages he often imparts, and just have a good, rockin' time. The Epic Trilogy may be the closest he'll ever get to out and out GoGo, at least as far as subject matter is concerned. Of great effect too is his use of multi-tracking. Sly and smooth, it is quite the tripped-out call and response, the voices just out of phase enough to add some serious "WTF?" sounds for the listener to contemplate. The Epic Trilogy definitely sounds like a guitar-heavy statement for Ginn. His six string axe is mixed loud and up front throughout, and Greg wails with his characteristic big riffs, noisy solos, and bars-long slide effects. Gone has always been a very melodic band, and that trait stays true here. The songs' lengths beg for repetition, but, of course, Ginn riffs make repetition a good thing. His melodic gifts make navigating the twists and turns of it bearable and enjoyable. When he steps out and solos, the effect is mind-numbingly great. As with so many of his recent recordings Greg handles the bass on the recording. It is mixed a bit lower than the guitar, and as such plays a bit more of a subservient role in that relationship. Still, it bears repeating just how talented a bass player he is. Greg plays the bass with a percussive, driving hand. Heavy! The previously mentioned "tech-ey" sound is in large part due to the drums on the Epic Trilogy. Some have argued that the drums are 100 percent electronic, and programmed. To me, they sound like a blend of electronic drums played by a drummer and percussion overdubs/programming (Andy Batwinas?). The fact that the only listed drummer on the recording is dubbed "Drummer" will not give clarity to the matter! Ginn has always been a stickler for tight, focused rhythm, and I feel that if electronic drums provide him with the precision he needs for his guitar flights, then so be it. Some find the sound cold, but, Disaster Amnesiac likes it. All in all, epic indeed!

Change has always been the defining constant in the musical work of Greg Ginn. It has been my hope, with this by no means complete survey of his work in the 2000's, to show that the changes continue to happen in his music in enjoyable and interesting ways. That so few are interested, and many more actively hostile, seems a shame. Still, I suspect that I will be grabbing a copy of the Greg Ginn and the Royal We CD soon after its release, along with any other product he puts out. SST is still relevant to me.
Posted by Mark Pino On Drums at 8:42 AM 2 comments: 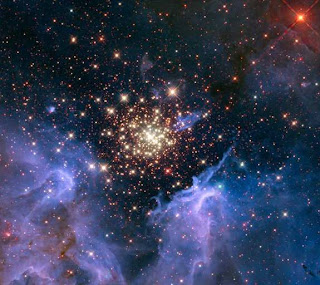 As you are probably well aware, recently the Oxford English Dictionary removed the term cassette tape from its future editions. If you've read this blog recently, you may have also become aware that Disaster Amnesiac has been purchasing, enjoying, and writing about a few cassette tapes of late.
Most recently, I've been digging into Rafael Toral's Space Collective 3, and their cassette tape release, Live at Outfest .
Toral provides "electronic instruments and direction" for the Space Collective, and is joined by Ricardo Dillon Wanke on Rhodes piano and Afonso Simoes on drums and percussion.
The trio burns through three lengthy pieces, seemingly improvised, with a hot sound that is equal parts Avant Garde and Fusion. That they take the most compelling factors from both of these styles (intense interplay based upon subtle auditory communications and high-grade musicianship), makes for a fun, often intense listen.
Far from being there simply to add color, Toral's electronics are right up in the instrumental mix. It's pretty cool to hear them being played as part of the group, the way one would hear a guitar or a sax or any more traditional Jazz instrument,  as Toral by turns comps, solos, or interacts with Dillon Wanke and Simoes. He gets wicked electrified trumpet a la Agartha-era Miles sounds, robotic R2D2 sounds, wispy washes, drones, cracks, and pops. Again, all of this sound action within the broader context of an improvising band.
Ricardo Dillon Wanke also plays his axe masterfully, providing heated electric piano. He takes long solos, comps with tons of space,  even leaves the scene completely, just generally doing whatever the moment requires of him. His keyboard sound may draw from the likes of Larry Young and Joe Zawinul, but it is clear that he is well into his own world.
It is a pleasure to listen to Afonso Simoes's drumming. He mixes powerful chops with free/expressive approaches within all of the tunes. His style is a burbling rhythmic one, much reminiscent of Free masters such as Andrew Cyrille or Shannon Jackson. There is total freedom of playing here, but it is contained within a deep pocket. Simoes is entirely present throughout, driving, commenting upon, and just generally moving the music along.
Cleanly, clearly recorded and well-mastered, Live at Outfest is a great document of a compelling band, utilizing time-honored approaches, all the while, thanks in large part to Rafael Toral's instrumentation, adding unique twists to them. I suspect that subsequent releases will be available in more formats than that of the now non-OED-lexicon'ed cassette. Would that the real-time version would hit a Jazz fest in the S.F. Bay Area!