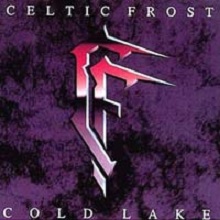 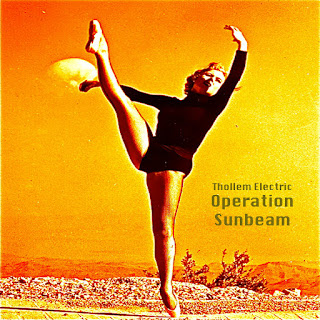 Recent press action for Wolf Eyes has had the band eschewing the Noise label for the kick ass term Trip Metal. Disaster Amnesiac finds this move astute and fascinating. If any band OWNS the term Noise in the 21st Century, it's pretty clearly Jack White's new label darlings. I mention it here, simply because Thollem Electric likewise could be filed under "Noise" by just about any reviewer, but Operation Sunbeam displays tons more variation within its sounds, and as such, could probably use a bit subtler descriptors.
According to Aural Films bandcamp page, Sunbeam can "[transport] the listener to the  Cold War era", but for Disaster Amnesiac, it's very much a now release. By this, I mean that its sounds are best appreciated by present, active, now attention span. Yes, older analog equipment is used throughout. That said, whether one is listening to the throaty, wheezing meditations of the opening track Plutonium Valley, or the woozy, glassy toned The Forest, Encore, And Grable that follows it, one's perceptions will be suitably bent and distorted right along with their sounds in the moment. Dig on the cutting sonic violence of Divine Strake and Operation Icecap. Let their harshness wallop your inner ear. Go down Super Kukla's thorny, hallucinogenic path. Allow the initial alarm bells in Survival City vs. Doomtown do a number on your head. Confer with the Great God Pan as Ship Of The Desert transports you to your own harrowing date with some mental Hassan I Sabbah. Do all of this, yet, please remember that these sounds are of the current paradigm. They're happening NOW.
Using decades-old equipment, and getting really gritty, yet clear recorded tones from it, Thollem Electric has conjured up some amazingly fresh sounds. The best descriptor Disaster Amnesiac can come up with for Operation Sunbeam is "kick ass electronic attack music", but I'm sure that Thollem can do better. I'm just happy these type of sounds are available and accessible.
Posted by Mark Pino On Drums at 4:33 PM No comments: