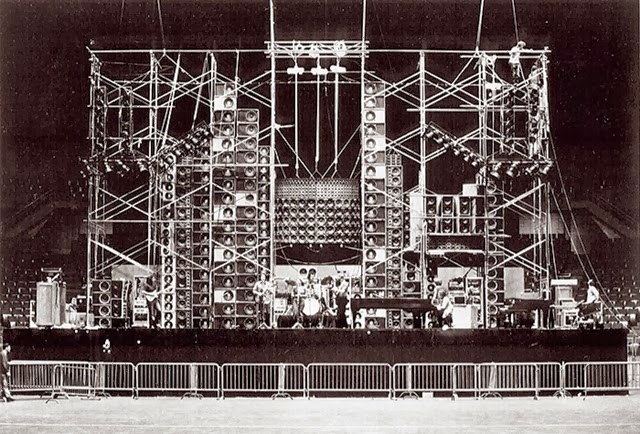 Year number three of Dave's Picks gets off to a crackling start with this concert, the Dead's only appearance in Montana, ever, as tough as that is to believe. Judging by the barbed, electrified energy of the performance contained within these three discs, it seems a shame that they never went back. One wonders if a certain thrown beer pitcher (at Weir) had anything to do with that decision from the band. Rock concerts often feature that weird kind of psychodrama played out by audience members, and Disaster Amnesiac has had a sense that there may have been at least one disgruntled aggro type at Adams Field House that evening as I've listened. I've also wondered if said dude's somewhat hostile energy fueled the Dead's sparkling playing at this show.
And, play, they certainly did. The show starts off drawing heavily from the early 1970's bumper crop of post-Hart tunes, with fine, simultaneously loose and tight versions of Loser, Jack Straw, Brown Eyed Women, and others. Even Disaster Amnesiac's least favorite Dead tune, Black Throated Wind, features this hopped-up, somewhat hastened, energy which seems to define their collective mood that evening. It's tough to single out one particular player here for praise, because the entire band sounds magically synced up. Even the gaffes, of which there are a glaring few, get pulled up off of the floor by band with a quickness that reveals band members keyed-in listening.
As for this listener, it's a real pleasure to hear the Grateful Dead in full communicative mode. There are passages within Dave's Picks Volume 9 that feature the vaunted live interactivity of the band's instruments as their players chatter back and forth, growing conversational zones within their more open ended numbers. I swear that the 1977 link riff that connects a downright zippy version of Scarlet Begonias to Fire on the Mountain is on display here, despite the fact that on this night three years earlier, the former tune segues into a beautiful It Must Have Been the Roses.
Further riches are mined at the first set's ending, with a twenty minute romp into the psychedelic spaciousness of Playing in the Band, where Keith's electric keys are particularly groovy, along with Bill's four limb lighting of the trap set and the big tones emanating from the Phil Zone of the Wall of Sound. Even a gaffed ending doesn't really deter from this version's fire, although Jerry seems to reprise its main theme a bit later in the second set's Dark Star, as if he wanted to travel down some time tunnel and fix the damn thing.
Did Disaster Amnesiac mention this show's Dark Star? Well, yes, but, truly, one must go back to its immediate predecessor, Weir's muscularly tight and focused rendition of Weather Report Suite. This version's over fifteen minutes of the Dead's unique Jazz/Rock fusion drips with emotion as Bob leads the way through its brambles until a quiet connection into Dark Star is strummed by Garcia. Then, the improvisational floodgates truly open up. This version of the Dead's psychoid track features just about everything that people love to hear from the band: loping, languid passages, feedback, Jerry's high note clustering, tension, release, drama.....its all there. Easily one of the best versions of Dark Star that I've ever had the pleasure of floating into, even though at times it threatens to atomize everything. Disaster Amnesiac can't help but wonder if the band was in some way trying to stun the living fuck out of that weird guy up in the front row! After all of that drama, they segue, effortlessly, into a delicate China Doll, the band sounding as if they had totally planned it that way: there is no fumbling to be found in this transition, just, "we were over there, and now we're over  here". Nice.
Following up on all of that Dark Star-related brilliance, the listener is treated to a stomping Not Fade Away>Goin Down the Road Feeling Bad diptych, in which Kreutzmann again goes all octopus on his kit, melding Elvin Jones to Jerry Allison, seventeen minutes of rockin', stompin' revival from the Dead.
Judging from the liner notes, shortly after this jam was when the offending pitcher was hurled, as the band was reemerging for an encore. Alas, there were probably many Montanans who lamented the absence of Grateful Dead emergence within their state, subsequently.
Posted by Mark Pino On Drums at 10:29 AM No comments: 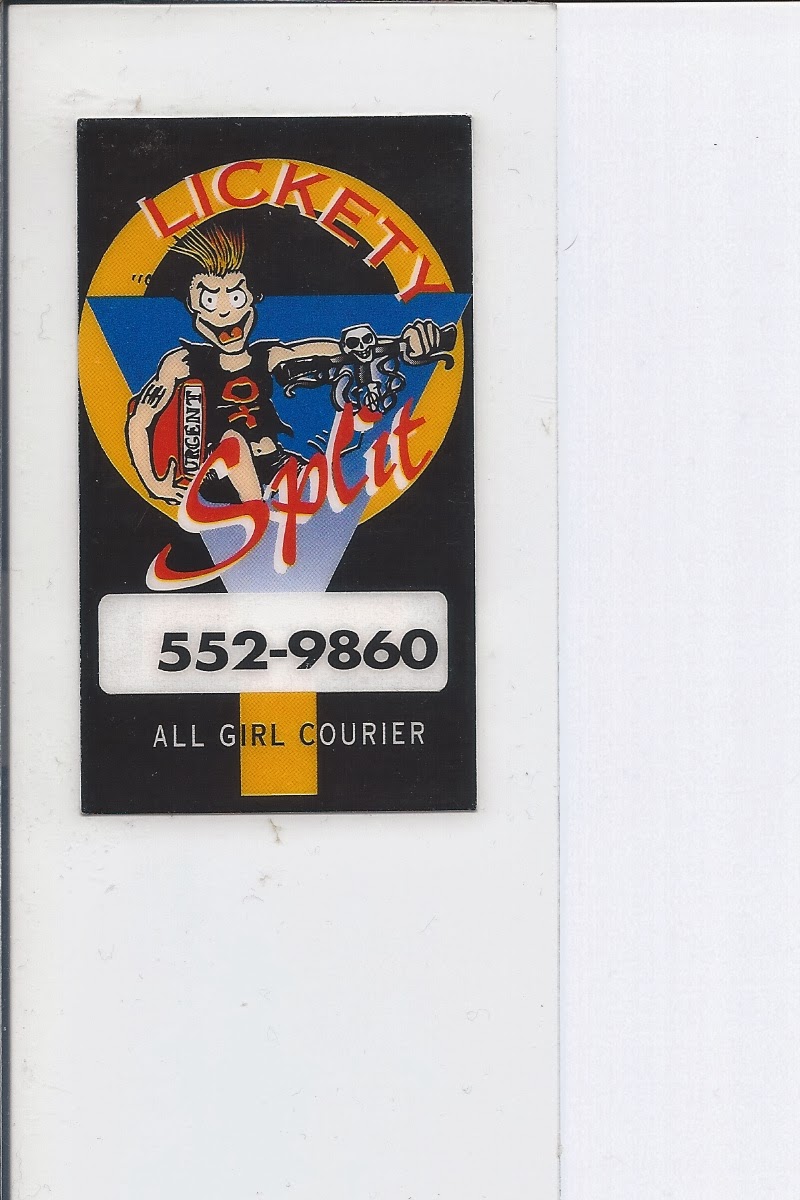 Here is another bit of San Francisco bike messenger ephemera, from Disaster Amnesiac's time working the mail room of a large corporate architectural firm in the late 1990's.
As I recall it, this promo card was handed to me by an employee of Lickety Split, the All Girl Courier Service founded by Tribe 8 singer Lynn Breedlove, as she was making a cold marketing call.
I can't remember if I enthused to her about how much I was digging Tribe 8's Role Models for Amerika at the time, but, she probably would have just shrugged off my enthusiasm, anyway. Messenger cool can be glacial.
Anyway, I ended up laminating it for some reason, and I discovered it the other night as I was going through some personal files. That graphic is just too cool not to be shared!
Posted by Mark Pino On Drums at 8:16 PM 2 comments: 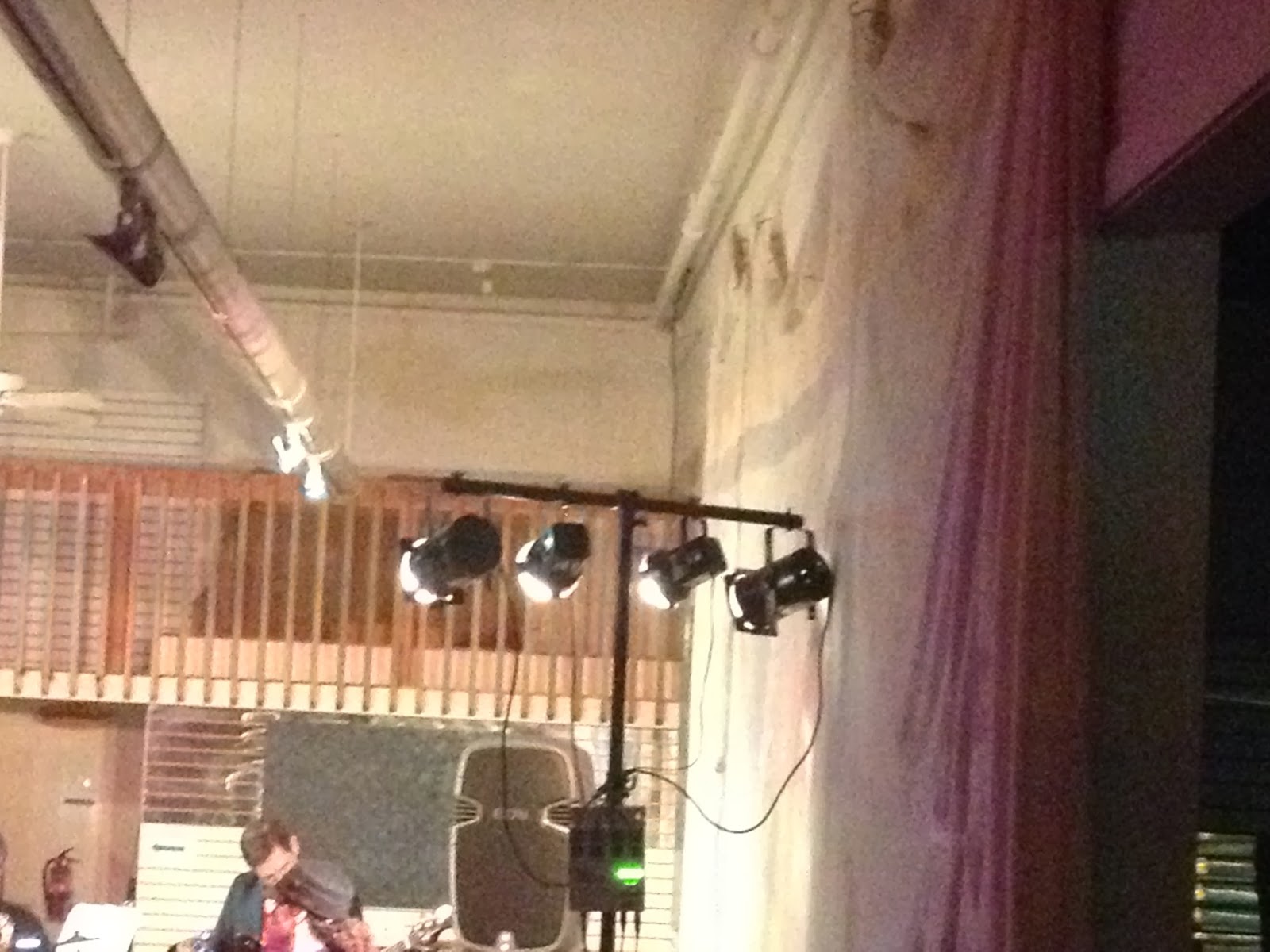 Underneath a beautiful new Aquarian moon, Disaster Amnesiac made it over to Berkeley Arts Festival Space to catch the Reconnaissance Fly CD Release Show. 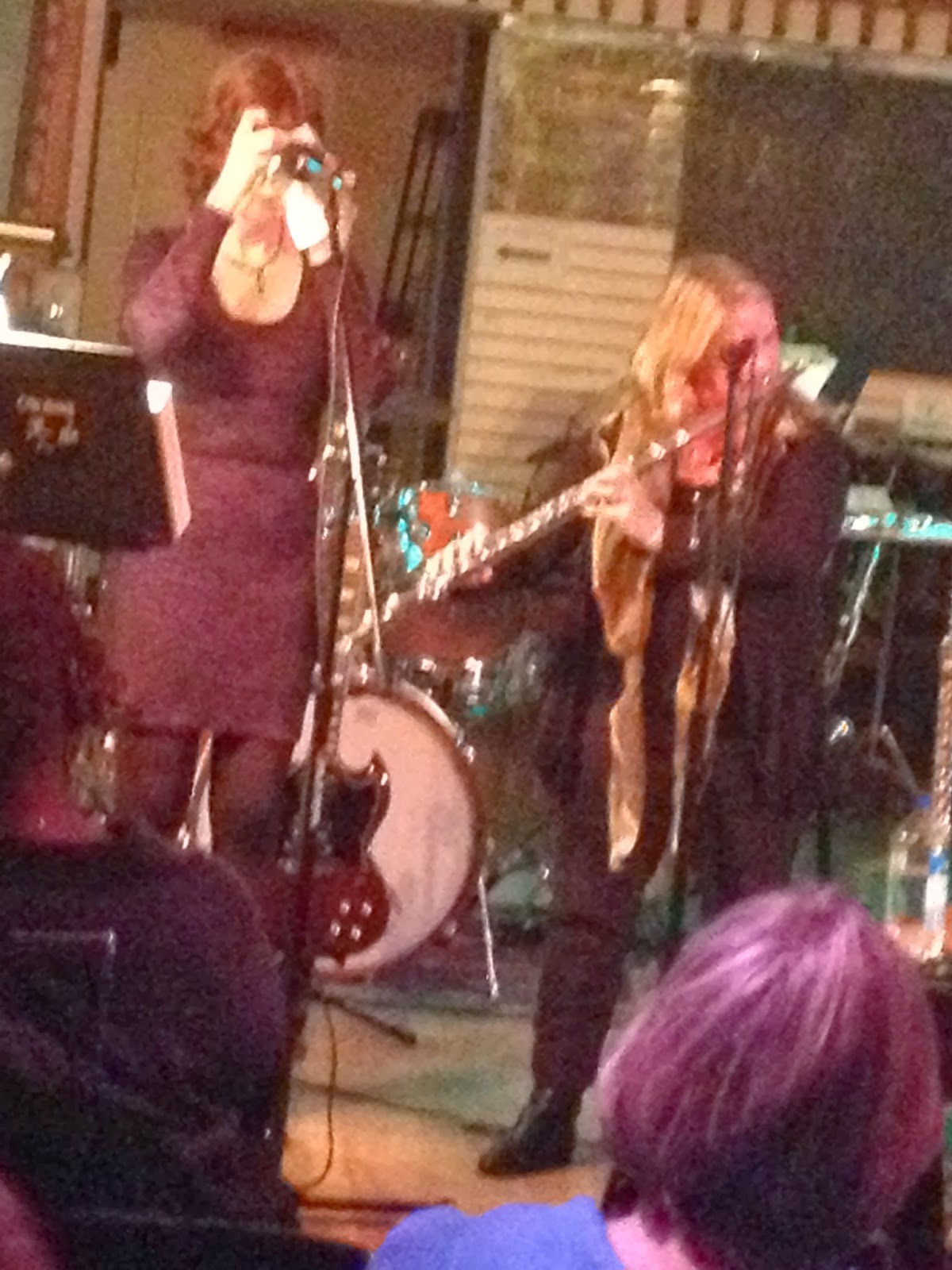 Opening the show was Plurality of Worlds, in which Polly Moller and Emily Hay entwined their flute playing with Tim Walters' electronics processing. Hay played Dada foil to Moller's alchemical readings, while both blew extended and avant within a surreal sound world matrix. Walters bounced it all back at them, providing surprise elements that Moller seemed pretty pleased with. Julius Evola would not have been amused, but I found the juxtaposition to be fun.

Below: Plurality of Worlds 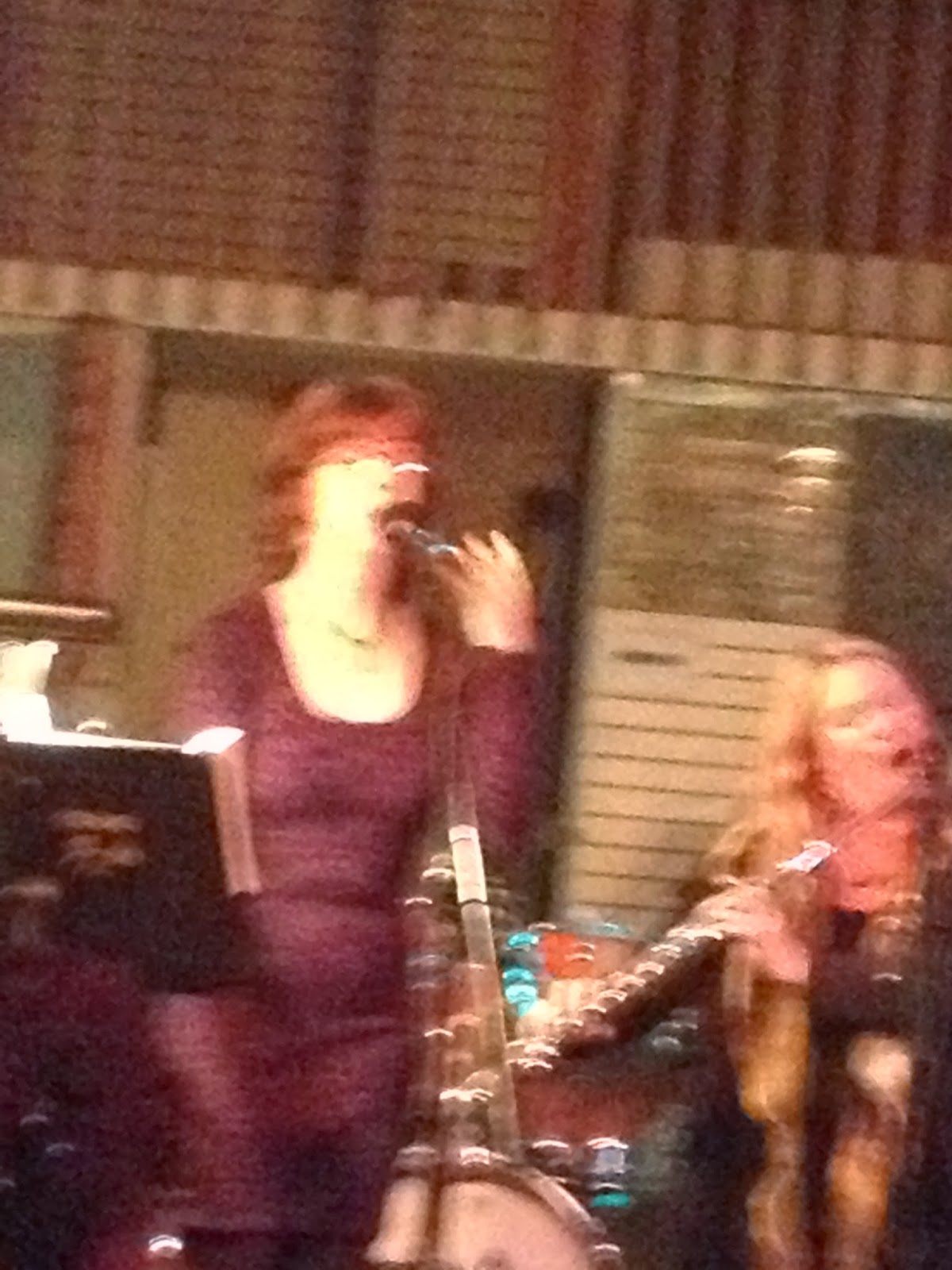 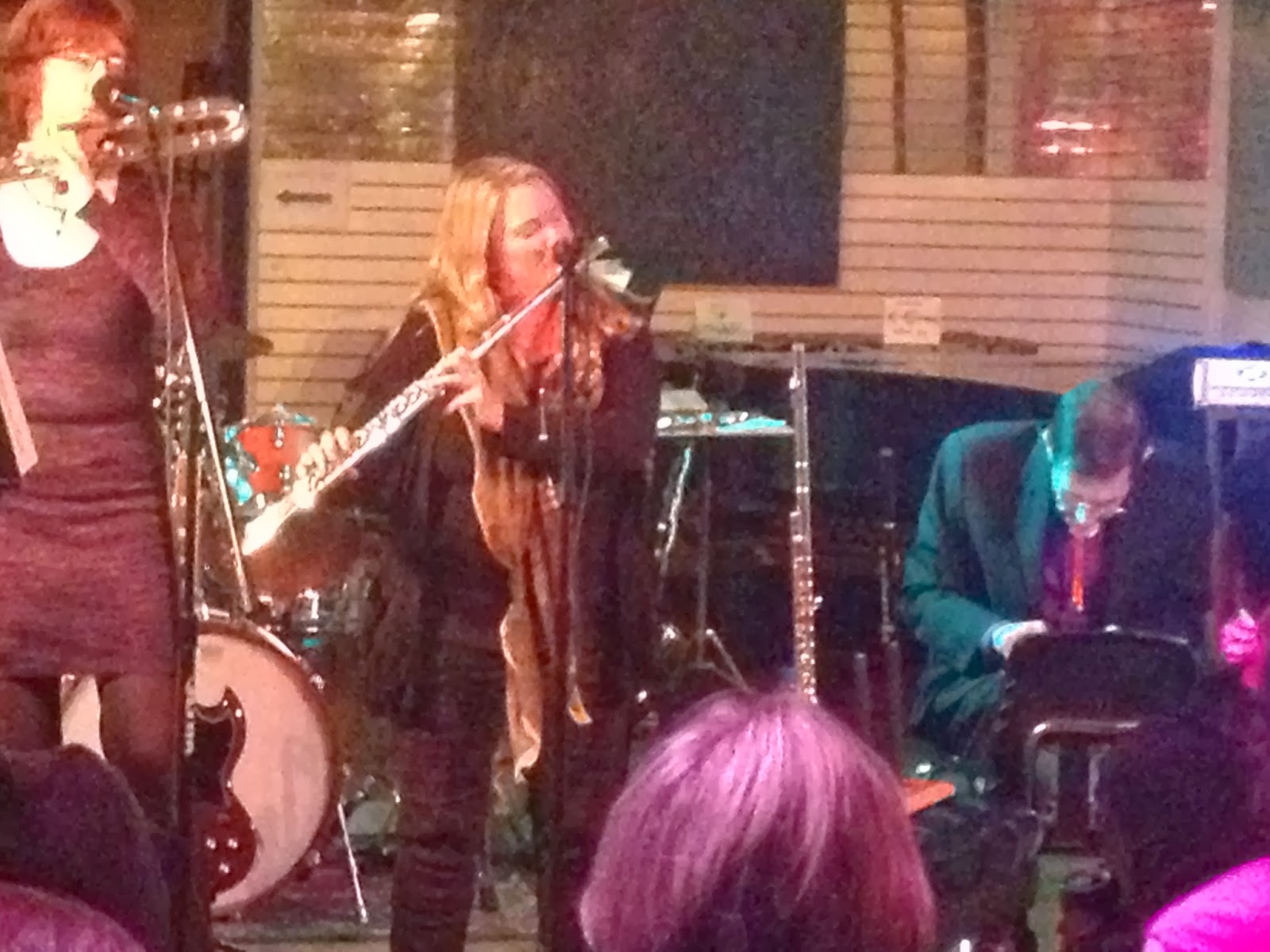 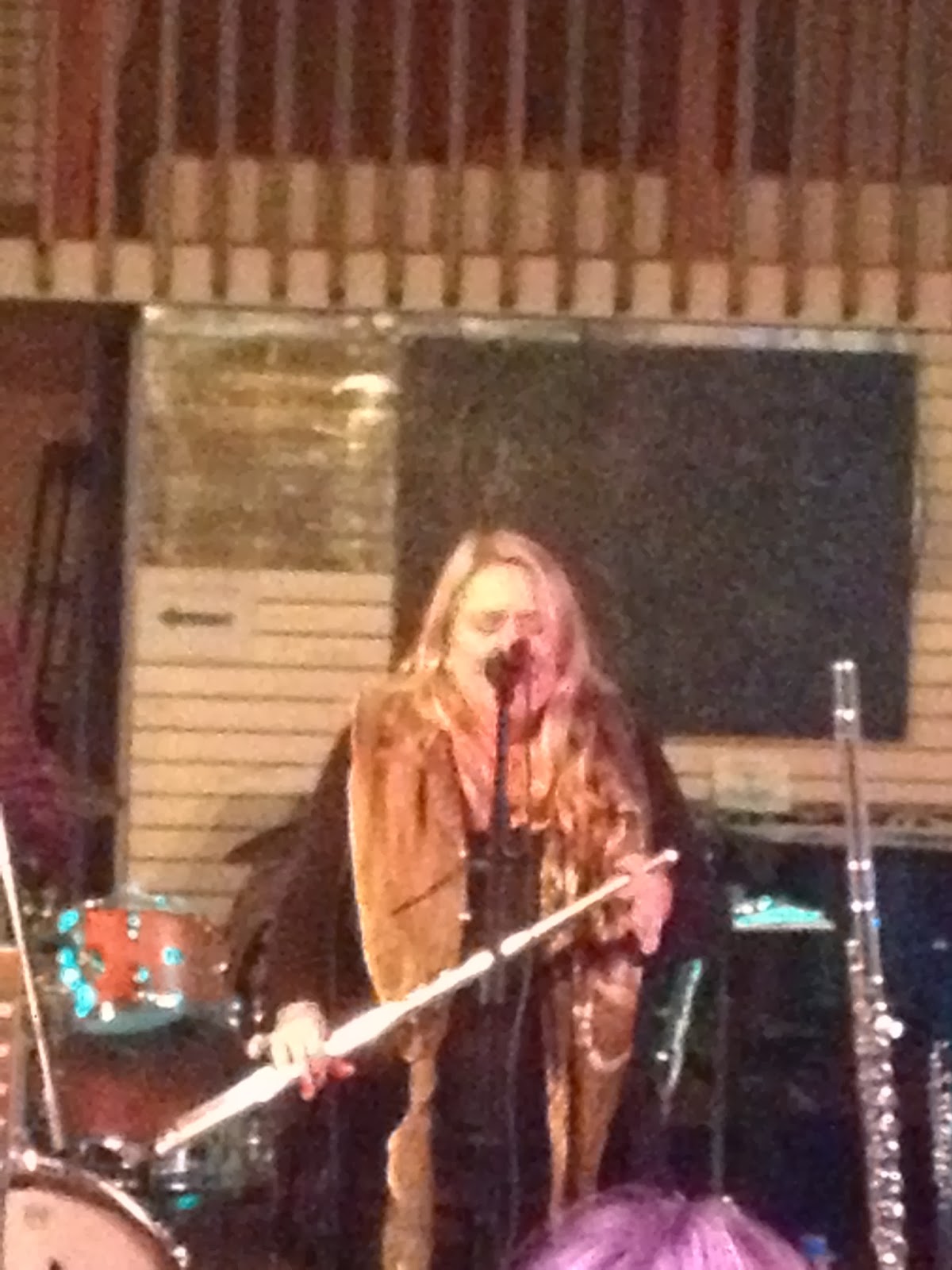 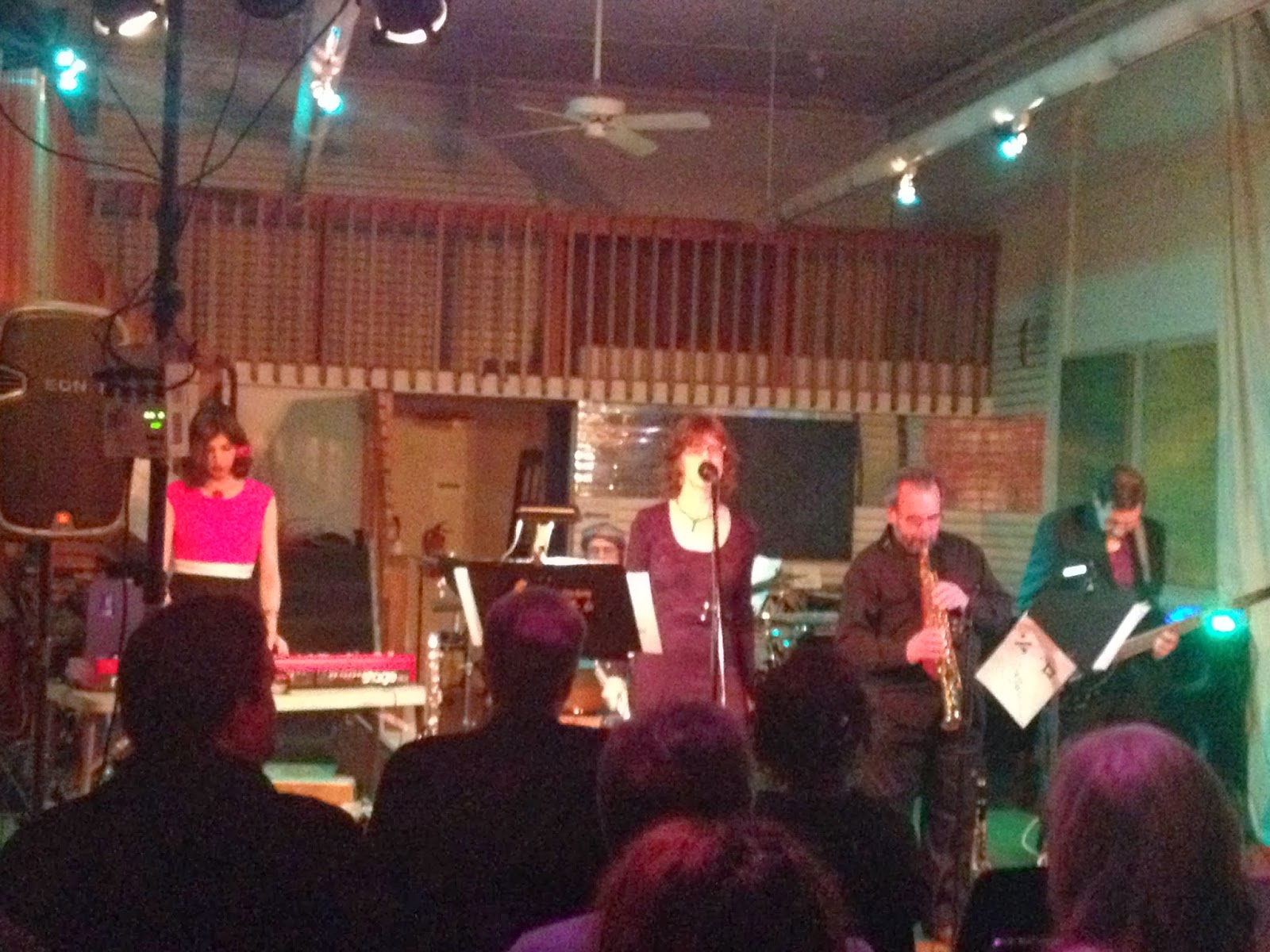 Next up, Reconnaissance Fly celebrated the release of their new CD, Flower Futures, with a tight set of tunes that celebrate the poetic potential of spam. Disaster Amnesiac was moved by their fusion of Jazz, Rock, and composition, presented in a way that brought this listener down I5 to L.A. For me, they have that warm, slightly dark SoCal sound, especially from Amanda Chaudhary's keyboards, Rich Lesnik's woodwinds, and Larry the O's cool ride cymbal techniques. Moller's got a great voice, too, somewhat operatic in an Irene Aebi sort of way, and her flute soloing, if somehow bottled, could provide heat to the homeless dudes sitting outside of the space. A really fine melding of brain and brawn from these flyers!

Below: Reconnaissance Fly heat up in Berkeley 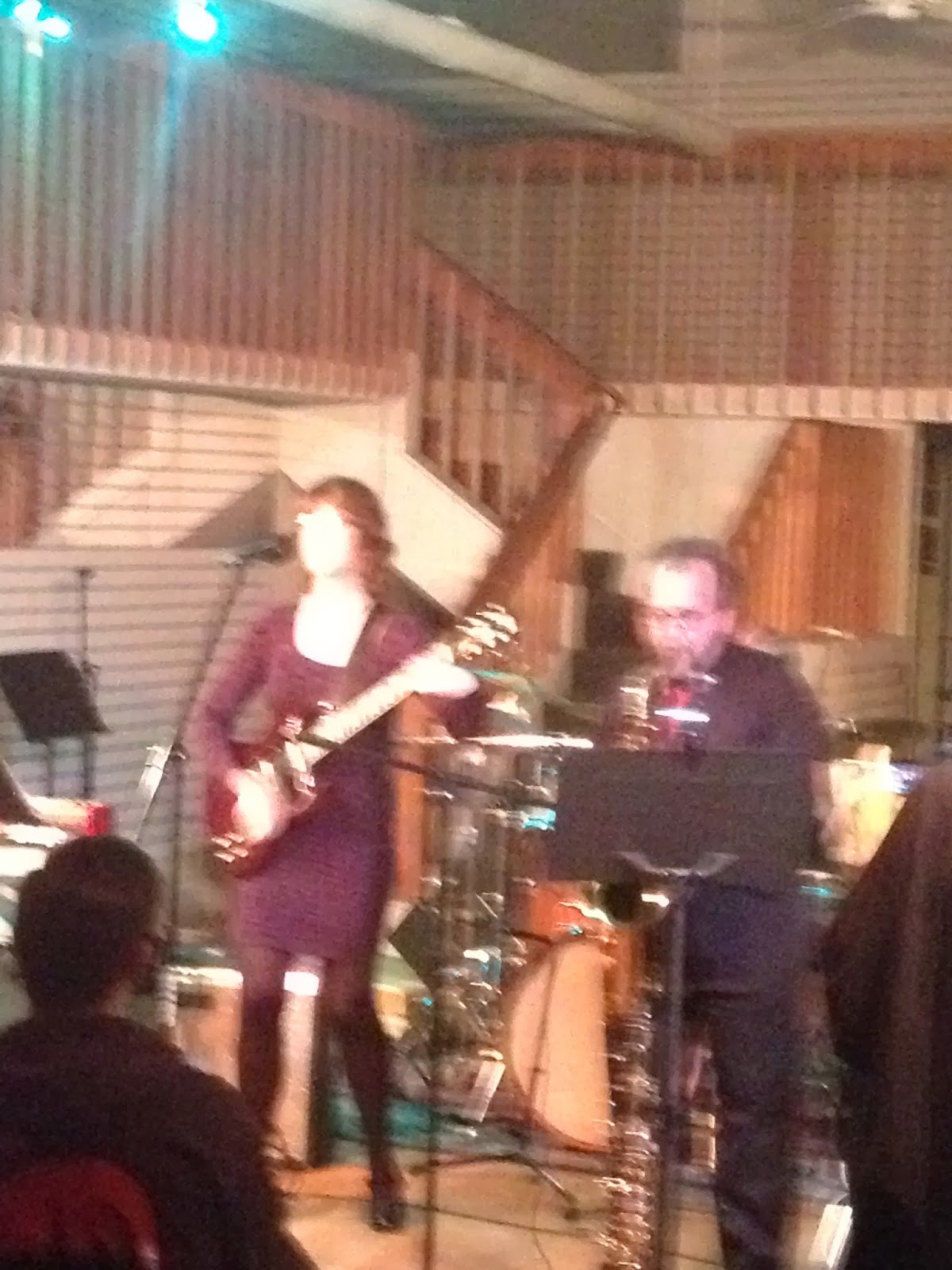 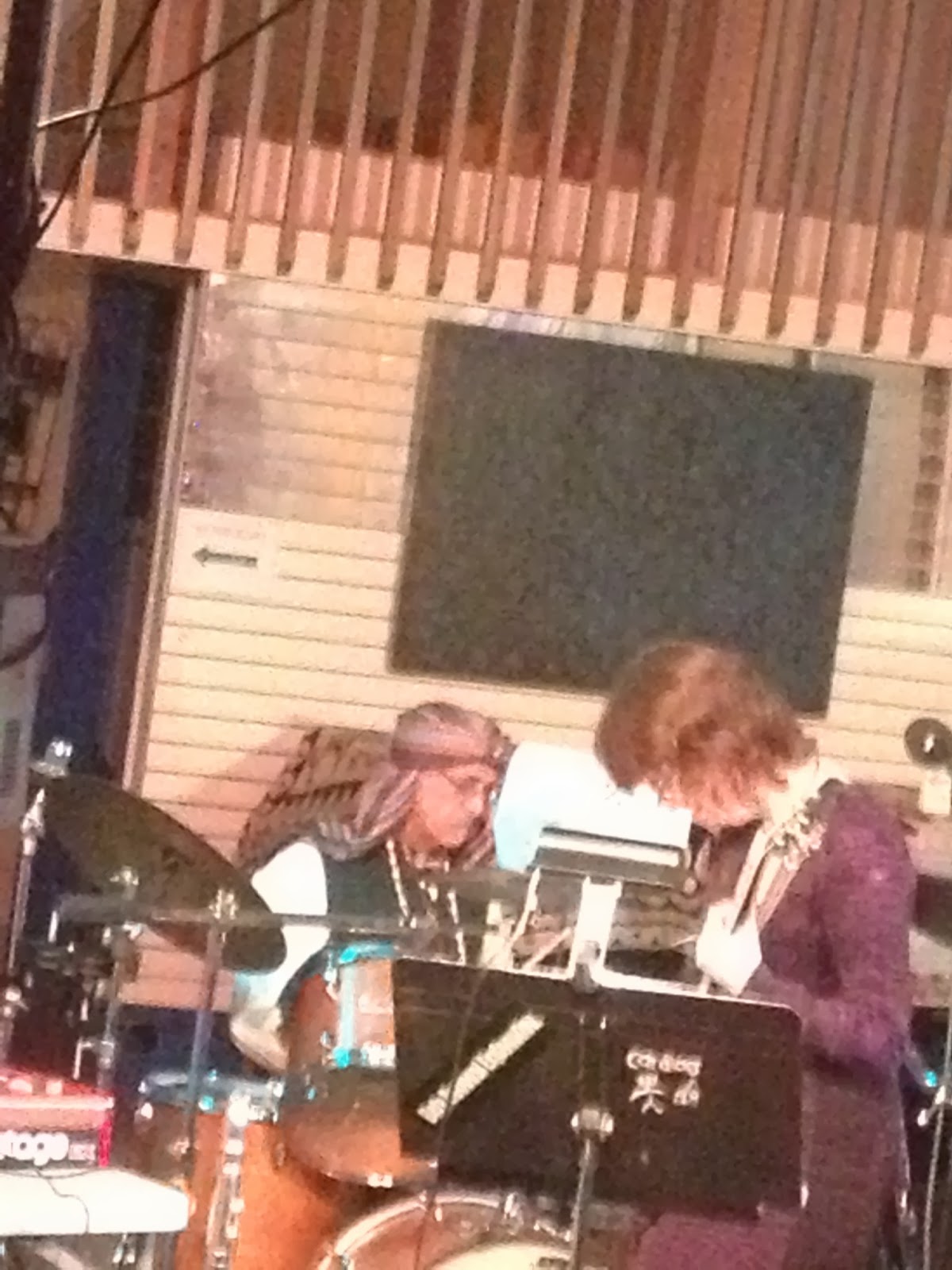 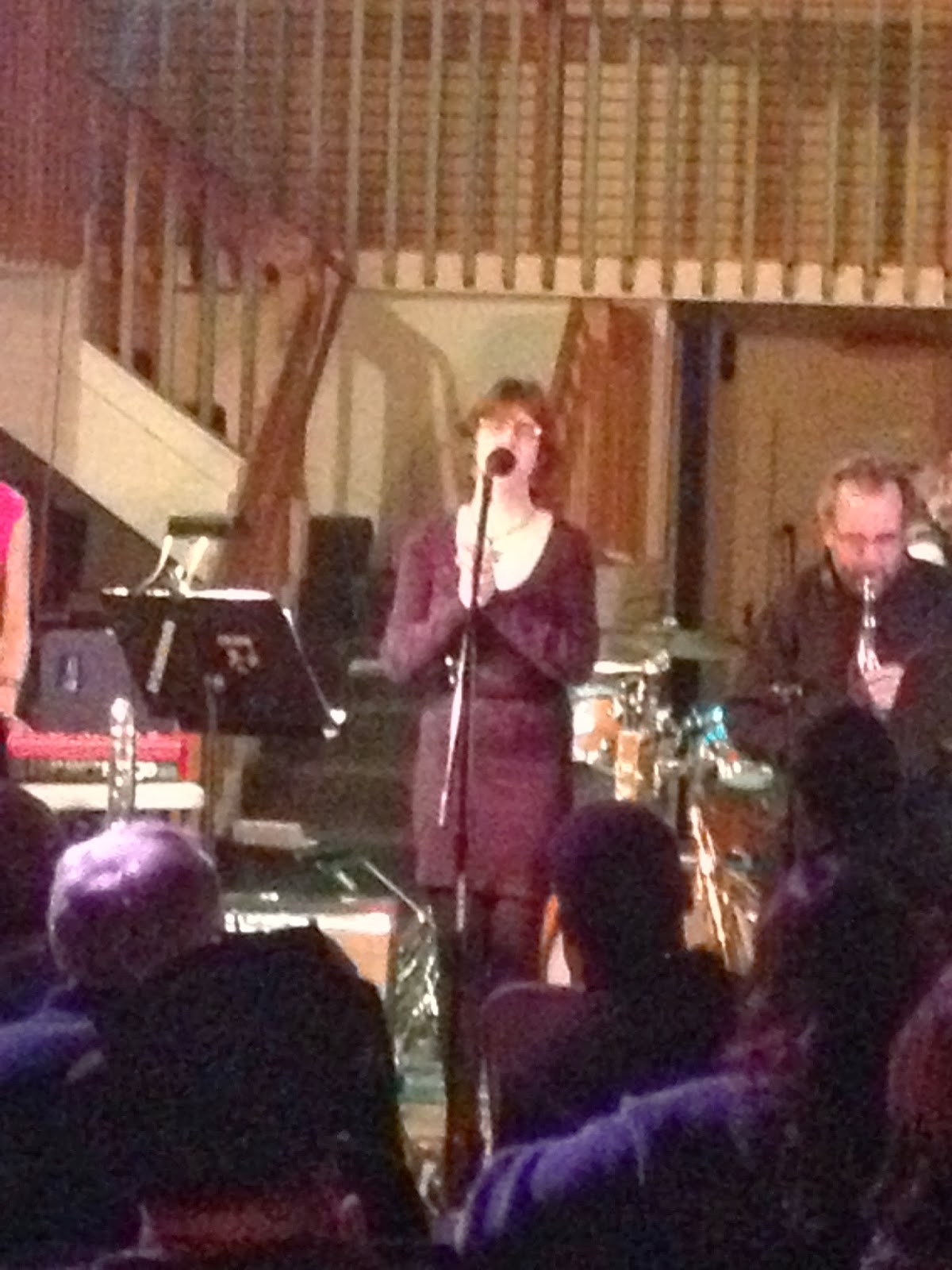 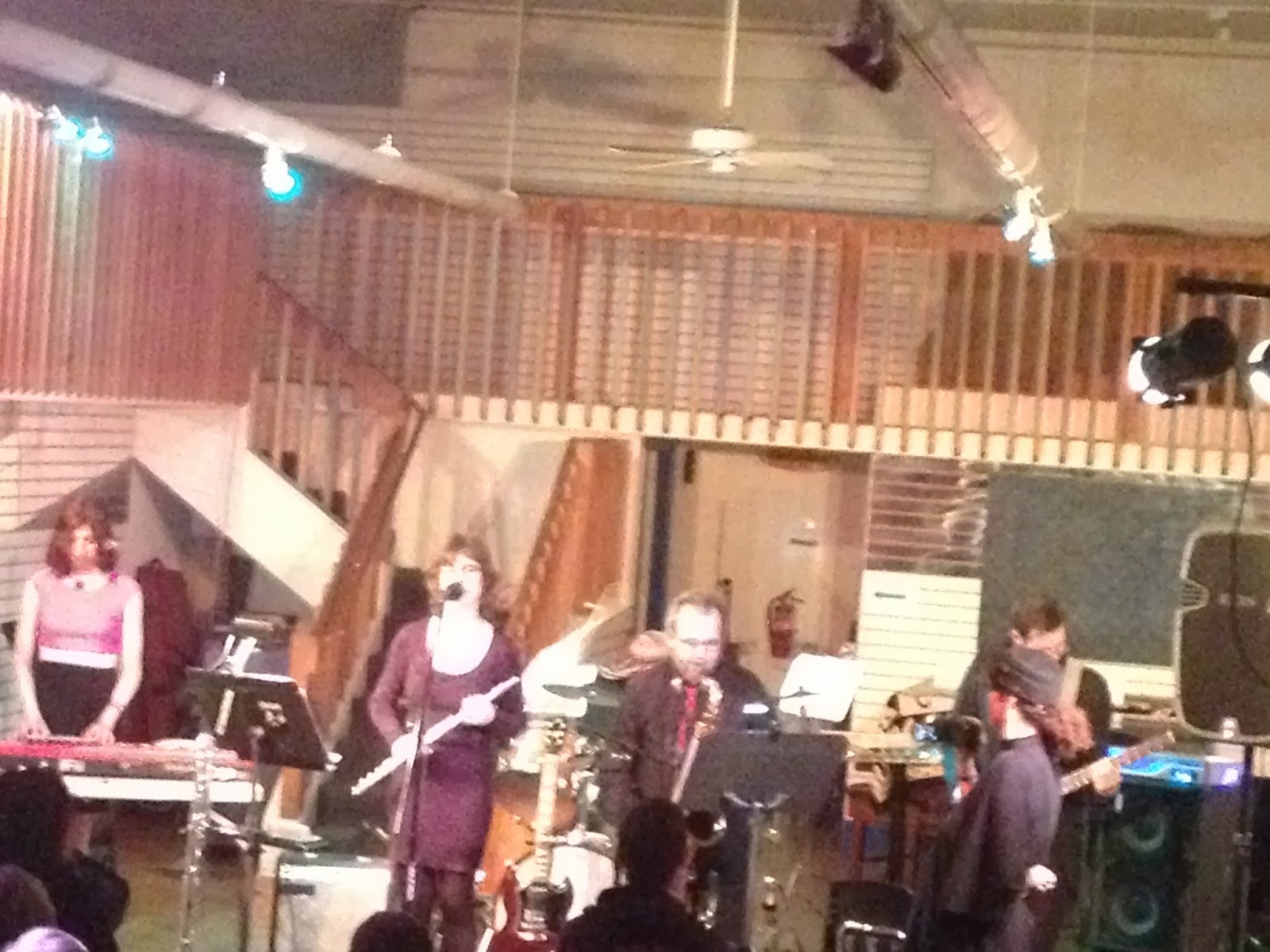 Below:  Reconnaissance Fly get saluted 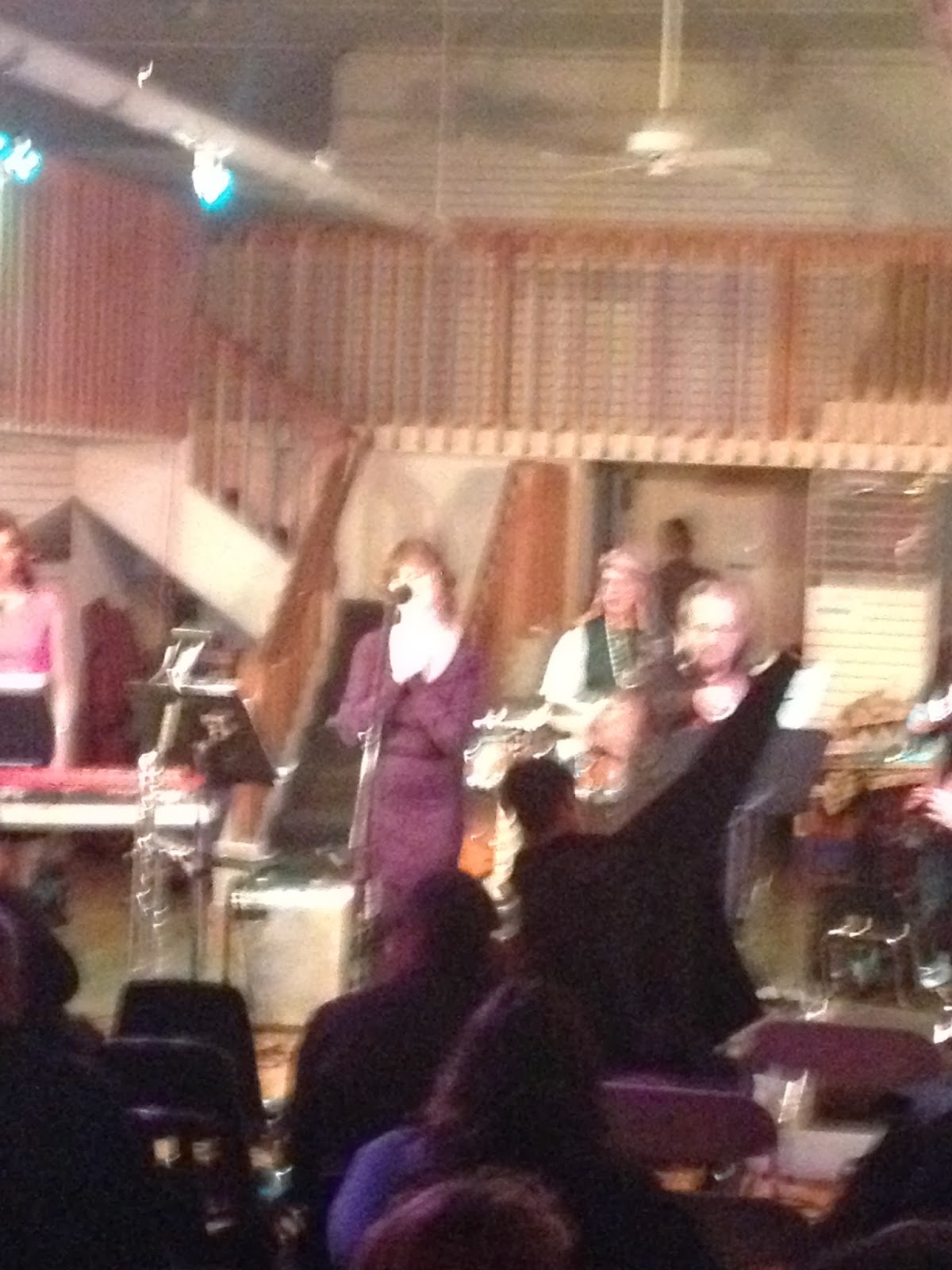