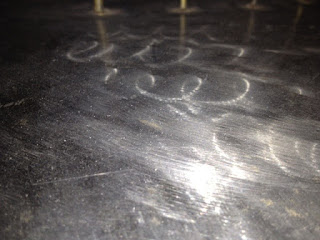 Disaster Amnesiac and Brian Lucas trekked over to West Oakland to catch Ghost in the House. The group, made up of Tom Nunn, David Michalak, Dean Santomieri, and John Ingle, and featuring special guest Richard Waters, played three pieces. The first, Dream #77 (for 2 Waterphones) segued into The Dream Machine. These two pieces were characterized by quiet improvisational interplay, and featured great, surreal narration by Dean and powerful alto saxophone playing by John. 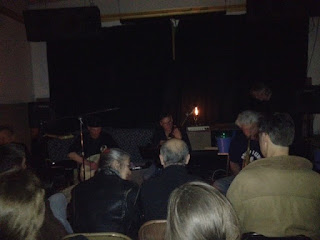 It was great to hear waterphone inventor Richard Waters playing his invention, as it was to hear Tom Nunn playing his invented instruments.
After a short break, the group played a more frenetic piece. After a while, the house lights were turned on, and the ghost whisked away into the ether. 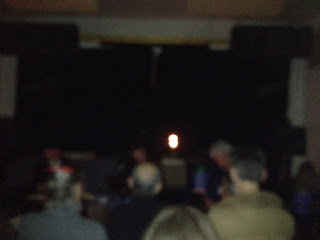 Posted by Mark Pino On Drums at 7:37 AM No comments:

Dear readers in Russia: Disaster Amnesiac reads his stats. He knows that you are reading his screeds. He is truly humbled by this fact. Please, please help Disaster Amnesiac by sending music by Pussy Riot in ANY form. Contact me for address.

Posted by Mark Pino On Drums at 3:33 PM No comments: 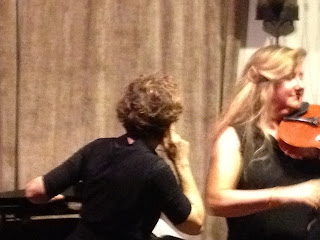 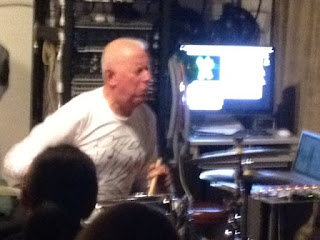 Disaster Amnesiac had the great pleasure of attending this show with Andrew Joron and Joe Noble, shlepping over to Berkeley in the rain. Han Bennink is the kind of musician that one should not be deterred from seeing.
Han brings fun to the Avant Garde of Jazz, and he can play his ass off. The man has chops and humor and undeniable presence.
Pianist Myra Melford is one of the great post-Taylor players; she can play with incredible control on the keys, using scads of technical prowess to get the desired sound. The S.F. Bay Area is lucky to have her.
Violin player Mary Oliver was a pleasant surprise to Disaster Amnesiac and my pals. None of us had heard before. We were blown away by her techniques, which ran the gamut from Jazz to micro-tonalism to Classical sounds. 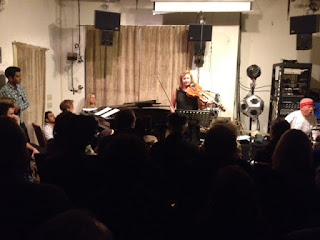 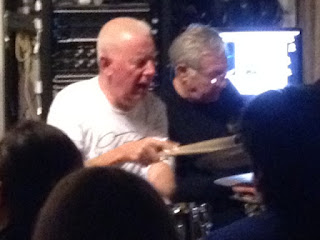 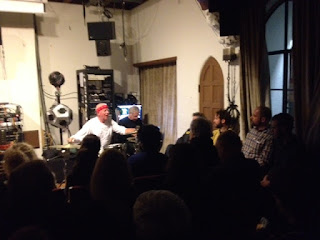 If you get a chance to see any of these musicians play, do take it. No mere storm can stop a guy like Bennink! 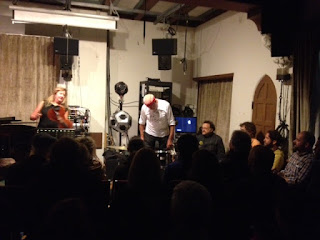 FUCK the U.S. Department of Justice

The take down of Megaupload rests solely on the lying Obama administration and its number one elitist bully boy, Eric Holder. FUCK THE FEDS, AND FUCK ERIC HOLDER. Transparency in government, my ass.
Posted by Mark Pino On Drums at 8:53 AM No comments: 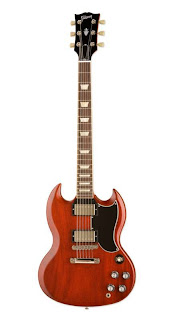 As it's been almost ten years since Fugazi played a live show, it makes a lot of sense for Dischord to set up an easy, affordable way to hear this consummate band's live tapes. Ten years in music time equals at least one generation of music fan having gone through the crucial high school/college/young workin' stiff years. It's tough for Disaster Amnesiac to comprehend a demographic that has not at least had the chance to see Fugazi's amazing live energetics, but, it's a fact. I'm sure there are other bands that deliver the kind of live wallop that Fugazi specialized in, but I'm also sure that there was only ever one Fugazi. They were incredibly unique, and were easily one of the top live bands of the 1990's.
My first foray into this deep well of Fugazi live recordings, 10/16/1987, represents a nascent band, playing early tunes (a few of which, to my knowledge, were never formally released), and developing their chemistry.
At that time, Guy was not yet playing guitar with the band. His more melodiously leaning sound added a lot to the band in subsequent years, and its absence here allows for the heavily rhythmic aspects to remain in the fore. Disaster Amnesiac can recall a friend opining that she didn't care for Fugazi because "I don't like reggae"; that was a common refrain from many upon their initial hearings of the band. I'd say, not exactly. While it seems clear the Dub, Hip Hop, and Go-Go (bass/drums music) lent rhythmic and procedural aspects to Fugazi's approach, their one-of-a-kind, bass/drums/guitar full RHYTHM section sound is clearly evident in all its originality. The Canty/Lally rhythm section shows itself as the primal base of Fugazi's music here. Ian's guitar playing would also develop into a tightly coiled rhythmic ballast over the band's life span. This recording seems to show him figuring it out, learning his approach within the monster grooves of Canty and Lallys' base.There are the occasional drops, but how could one not root for the guy?
Fugazi shows were always an event, always a chance for celebratory ecstatic movement. They were pretty clear about their post-Revolution Summer move away from paint-by-numbers Punk Rock ritual behavior into a more all-embracing humanism. The D.C. Space recording features plenty of admonishments from Ian on these themes. At one point he even suggests audience members join the band on stage if they have ideas that they want to share! Having been one of said audience members that evening, I can recall wishing I could have taken him up on that. Probably best for everyone I just remained on the dance floor.
Dischord lists the recording's audio fidelity as "Good", and I'd agree. There are a few spots wherein the audio drops out, but it is very listenable. Definitely worth the $5 cost of access.
If you're at all interested in Fugazi, you'll no doubt be thrilled with the Fugazi Live Series. 10/16/1987 is a great place to start your investigations of this seminal live band's in-concert, in your face experience. One can feel the juggernaut emerging, hear its early rumblings. Who knows, maybe someday soon the band's Indefinite Hiatus will come to an end, and there will be a 2010's addition to the Live Series Library. One can hope.

Disaster Amnesiac was not around for the advent of the first truly Pop movement, but I'm relatively certain that it was an Art World reflection of those products and trends that were contemporaneously popular within the larger society.
I say this not because Nymph's great new on-line single relase, U.F.O. Over Dome Rock, is particularly Pop in nature, or even reflective of the tastes of a wide swath of current society. I do say it because I wish it were true. Nymph have nailed it here, with a catchy, complex song that alludes to African forms (reminding Disaster Amnesiac of the Ex's recent recorded approach), 1970's Avant Garde vocals, Soul Jazz, Sterling Morrison, Krautrock, etc.
Disaster Amnesiac would love to be able to turn on a contemporary FM radio station and hear this track's bubbling, clicking, Harmelodic All-World music ringing forth. A mere $2 got it into my iPod.
Be a true reflection, grab a seat on Nymph's flying saucer flight.