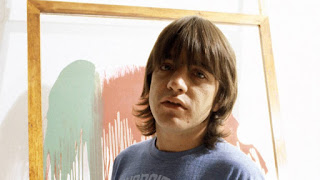 The first time that Disaster Amnesiac heard AC/DC, I was a ten or eleven year old, rolling around Stockton, California with a cousin and a few of his pals. The music's power had an instant effect upon me, as I imagine that it did for so many other Rock 'n Roll fans. Since that time, they're a group that I'll make time to listen to; as much as I despise Classic Rock radio programming, I'll occasionally surf over to the local representative of that vibe in hopes of hearing some of those great Malcolm Young riffs. As far as I know, and it's recalled that Angus Young has copped to this, it was the former that wrote all of those great tunes, subsequently giving them to the rest of the group, with the latter whooping it up live over them. One would be hard pressed to find a more elegantly simplified aesthetic as that of Malcolm Young's. AC/DC never strayed far from their initial template, and, with one so bare-bones brilliantly simple, what reason would they have to have done so, anyway?
As Disaster Amnesiac has thought about Malcolm since news of his passing hit the media, I've kept coming back to a comparison between him and Johnny Ramone. Both took Rock 'n Roll innovations from their predecessors, paired them down to an even more elementally basic form, and subsequently worked within those parameters to great artistic success. At times in the past, Malcolm has sounded to this listener like some master of Minimalism, as, indeed he was. It's fascinating that he was able to make these artless moves within the always novelty-obsessed world of the Big Corporate Rock. Malcolm Young really did stick to his vision, and while doing so, crafted a lasting, solid, and most of all enjoyable body of work.
Farewell, Malcolm Young, thanks for staying true to your vision. Such fine musical examples you set.

Posted by Mark Pino On Drums at 3:29 PM No comments: 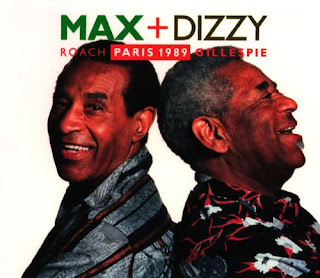 As recalled, this disc's release was treated with huge fanfare in the early 1990's, touted as the answer to many a Jazz lover's prayers. Max Roach and Dizzy Gillespie, together again after four decades apart! Disaster Amnesiac had a copy during that time, but somewhere along the line, it was sold or traded off or given away. Recently, I'd been hankering to hear it again, and a recent stop at the Rasputin's Records in Campbell, CA offered it up to me, shiny and seemingly unused. Money was paid. Listening ensued. Impressions made? You'd better believe it!
Roach starts things off on Paris 1989, rolling across his immaculately tuned drums with the finesse that's so characteristic of his playing. Cymbals are added, and the total effect is that of a drum choir embodied by one man. Max's playing is so tightly eloquent throughout this recording, it's just wonderful to listen to. He goes from straight linear rhythmic beats to free pulsing to wild flailing, and that's pretty much within the first five minutes of disc opener In The Beginning. Anyone interested in Jazz drumming absolutely must listen to Max Roach; in multiple interviews he would state that his style was based upon the earlier masters such as Baby Dodds and Sid Catlet. That said, Roach developed an incredibly unique and somewhat more complex approach than his esteemed predecessors, one that remains highly innovative. It's a high, high standard. Across the 90 or so minutes of duo exchange with Gillespie, Max leads the way, changing up the rhythms when he needs to, taking the lead or being supportive when either of those are needed. His moves from sticks to mallets to brushes offer fascinating tonal variation from his kit as he makes these moves.
John Birks "Dizzy" Gillespie will obviously be remembered as one of the key 20th Century artists. Much like Roach, he built upon the earlier innovations of Jazz, spearheading his own innovations into the Bop movement, from which he bounced into a lifetime of Jazz touring and ambassadorship. The playing of this then 71 year old man on Paris 1989 sounds fresh, strong, and clear. Disaster Amnesiac hears him quoting from Copeland, hears him get chillingly intimate and boldly brassy, hears complicated multi-note runs and simple Blues phrases. I've marveled at his control of the trumpet: Diz does it all with Mastery. One thing that Disaster Amnesiac has ruminated upon while listening to these two discs is the relatively simple design of the trumpet, and the way in which Gillespie extends and elaborates this simplicity into such sublime sounds. Additionally, when he scat sings on Salt Peanuts and Oo Pa Pa Da, a world of absolute joy opens up.
Taken together, Roach and Gillespie play with such great simpatico on Paris 1989. Reunited after four decades of being apart, the duo share leads and supports. One can tell that a lot of active listening is being done as they trade phrases within the tunes, as comments fly back and forth between drummer and trumpeter. The vibes are heavily weighted with their decades of experience.  It's the sound of Masters conversing upon their craft. Where Max goes, Dizzy follows, and vice versa. Signals are sent and responded to. Lines are traded, mused upon, and then exited, often with Roach opening up new opportunities with great, rolling fills on his tom toms. So much action going on there! Although it sometimes seems as though Gillespie is content to lay out and let his dear friend wail, when he does step up, the sounds are always perfectly placed, always spot on. Although mostly improvised, Paris 1989 has the feel of a fully formed, thought out musical composition.
In the liner note for Paris 1989, Gillespie states something along the lines of "...this recording will go down in the history of recorded Jazz as one of its greatest...". Not many could get away with such a statement, but Disaster Amnesiac, and surely others, would have to agree. It's an essential document from two titans of one of the best developments of the otherwise absolutely violent and often criminal 20th Century. Close to thirty years since its release, and close to 100 years since Roach and Gillespie began their respective epic runs, it holds up quite nicely. Dig in and LEARN. 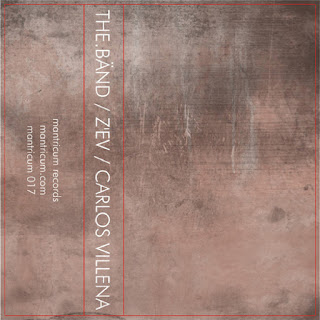 You just have to hand it to to z'ev: fifty plus years into his creative journey, and the man is still working. He seems to come back from any and all adversity. Most recently, Disaster Amnesiac has read that he was injured in some type of literal train wreck, only to rehab and recover, this time duly heading for South America. z'ev is not thin skinned, that's for sure.
Neither is his voluminous documented work, which, with his Bandcamp page, is growing all the time. While not located at that same cyber node, his music with Alexandra von Bolz'n and Fragment King is equally tough, and highly worthy of checking out.
Disaster Amnesiac has been digging The Garden, nineteen minutes of percussive trance bliss from 2011, especially of late. z'ev starts things off with a fine example of his ostinato drumming approach on what sounds like a single bass drum. It stays for the duration of The Garden, conjuring up hallucinatory images of snakes and surreal landscapes for this listener. Disaster Amnesiac is reminded too of a RE/Search interview in which the master percussionist/sound manipulator spoke of dispensing with flashy drum licks in order to get to some kind of deeper essences. This is most definitely the case herein. z'ev doesn't "do" a lot with his lines on The Garden, and in doing so does everything, moving the track to fully trance inducing places.
Atop the magic rhythmic carpet laid down by z'ev, one hears whirling, high pitched electronics from Fragment King that drill down into ears. Not so much melodic as atmospheric, they spin and cloud around the sound spaces, digging down and flying out and around the drumming. Alongside these moves, vocalist Alexandra von Bolz'n intones some kind of bizarre script. Disaster Amnesiac can't really tell what language she's singing in, but her dramatic vocal rises and falls sure sound dramatic and often somewhat disturbed. Perhaps they're some kind of vocalized asemic writing?
The sum total of The Garden strikes Disaster Amnesiac as some kind of sublime Industrial Black Metal, as its darkened vibes sink in to the auditory perception in a way that is heavy, mysterious, and singularly out there. This music is not traditionally pleasant, but it's surely compelling and fascinating to this listener.
It's my hope that z'ev, von Bolz'n and Fragment King have more of these sonic darts to throw at us.

Posted by Mark Pino On Drums at 7:48 AM No comments: