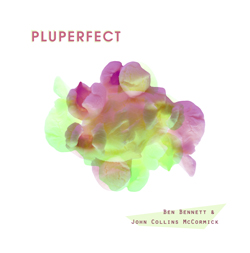 Second up for review from the recently received eh? Records batch, Pluperfect, and Disaster Amnesiac will warn: be careful if you listen to it early in the morning in your car. This is what I did, and the opening high pitched scrawls from Bennett and Collins McCormick gave me a pretty hardcore ear blast to start an AM commute. Being a fan of Noise and experimental forms, even as I'm waking up, not like it was a bad thing to have happened, but....most definitely a shock!
Once over all that, and after repeated listening, I have found Pluperfect to be a fascinating trip into the unique sound worlds of Ben Bennett and John Collins McCormick, one that seems to unfold at a pace totally under the control of these two musicians. The method seems to something like this: smaller, quieter themes are brought forth from various sound sources, then expanded upon in rhythmic form, then folded up and back into silence, from which a new theme emerges. What Disaster Amnesiac has enjoyed immensely as I've listened is the duration of those second aspects; Bennett and Collins McCormick do admirable jobs of controlling the pace of these various emerging themes. This pacing is admirable and deeply moving.
From a more technical point, the way in which John embeds laptop electronics within the overall sound field is really cool; often times it seems as though laptop generated sound starts to trump acoustic instrumentation, but this does not happen on Pluperfect. Disaster Amnesiac has mentioned how incredible Ben's stick control is, and it's utilized herein. Some of my favorite moments when listening to the disc have featured what Bennett drumming on what I believe to be a type of barrel drum, seen at Berkeley Arts Festival a year or two back. Pluperfect's two tracks, More than Perfect and Hadn't, clocking in at about an hour's length, provide these and obviously many more experimental sounds. I only wished that I'd been there at the recording, listening as their vibes bounced off of the walls of Marlboro College's Regal Hall!
Posted by Mark Pino On Drums at 8:19 PM No comments: 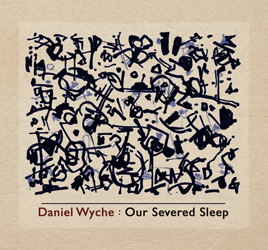 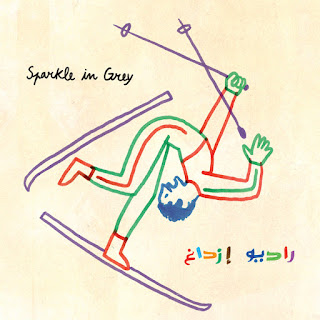 So apparently this disc is the last release from Old Bicycle Records, and Disaster Amnesiac has been mulling on just how to review it for several months now. There's been a digital copy floating around in my iTunes mix for some time, and over the weekend a hard copy, beautiful in its Sharpie Primitive artwork, landed in my snail mail box, direct from Italy. The internal debate started after repeated listens, during which the question would arise: "how can I do justice to such cool, complex music without sounding like a boring professor or a jaded music writer". Western problems, right? After a few days, and a few more spins, though, Disaster Amnesiac just has to take a shot.
Brahim Izdag revolves around three lengthy pieces, Iurop Is A Madness, Gobbastan, and the title piece. The first paces itself at a Dub stride, with really cool recitation of a Linton Kwesi Johnson piece. The language sounds to me as if it's Arabic, but I could be wrong. Really strong drumming from Simon Riva on this one; his lock with bassist Cristiano Lupo allows for some really cool violin and guitar from Franz Krostopovic and Alberto Carozzi, respectively. Second on the list, Gobbastan, runs from electronic atmospherics to further Dub feel, with sweet percussion on what sound like djembe and shakers. Both of these pieces are played in modes that give the listener a somewhat somber, reflective feel. As Disaster Amnesiac has listened, I've wondered if they're at all reflections of Europe as it appears to an outsider these days: struggling with turmoil of changing demographics and shifting mores, along with the seemingly endless financial crises. If so, this music most definitely would provide mental comfort to those that may be suffering. Last of the multiple-part pieces on Izdag, its eponymous piece fuses Eastern modes with more whip tight drumming and cutting solo guitar tones before going into further atmospheric zones, driven more by violin and nice electronic coloring from Matteo Uggeri.
Bracketing the longer songs, we find disc opener Samba Lombarda, with its snappy grooves and hopeful, happy feel (brace yourselves, people). It is followed by an astute update of the Clash's White Riot, changed by Sparkle In Grey to Grey Riot and given an Irish jig feel, and then the haunting Tripoli, with its somber horns and violin lines being accosted by machine gun fire. Post Classical/Post Free Jazz Chamber interactions are featured on Song For Clair Patterson, and finally, Minka Minka, dances proudly with its Old Mediterranean/Slavic cadence. Sly and the Family Stone's There's A Riot Goin' On is listed, but it seems to only last for four seconds of absolute silence. Make of that what you will!
Along with the physical copy of Brahim Izdag, Old Bicycle Records sent a handful of tape releases. Disaster Amnesiac hopes to carve out time to listen to and review these as well. I suspect that Brahim Izdag will be joining me on my commutes in the interim. Sparkle In Grey are producing some really compelling music. Go west, guys, and please hit California when you do.

Posted by Mark Pino On Drums at 1:25 PM No comments: