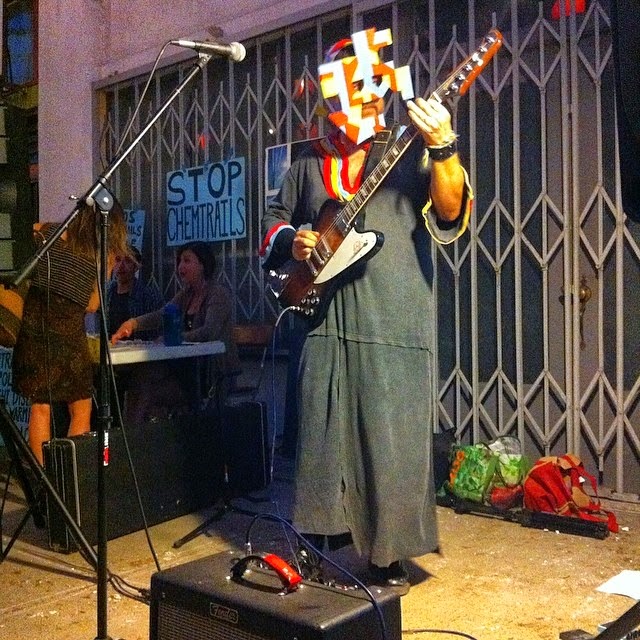 A few evenings, back, Mrs. and Mr. Amnesiac had a very enjoyable listening experience while tuned in to Marshall Stax's great The Next Big Thing demo show on KALX. The source of our intrigue was two songs from Earth Like Planets self titled 2012 Bandcamp release.
Disaster Amnesiac hears all kinds of fascinating musical juxtapositions here: L.A. Death Punk, early 1980's Rough Trade zeniths, S.F. Art Punk. Brian Cooper's Psych, and at times almost Country/Western, guitar moves on tunes such as Pry and Remind Me How, Again are framed by really creative drum programming and playing, along  with cool sounding synth coloration. His scientific/philosophical/speculative lyrics are intriguingly off beat and fascinating. Earth Like Planets stated goal is "to connect audiences to the world of abstract ideas"; trip out on Let the Drugs Help Them Out or Patternicity for examples of said goal.  Earth Like Planets is obviously bursting with ideas, and Cooper does a really fine job of congealing them all into a coherent overall statement. The project has a really appealing overall patina of home recorded sound that Disaster Amnesiac is just digging the hell out out, currently.
Earth Like Planets have made this e.p. a free download. I'd say snap it up quickly, as music this good will likely find its way to some sort of label eventually, at which point it will likely cost you a few bucks. Music this creative deserves it! To quote Earth Like Planets, "feel the blast of power in your hands".........
Posted by Mark Pino On Drums at 10:38 AM No comments: 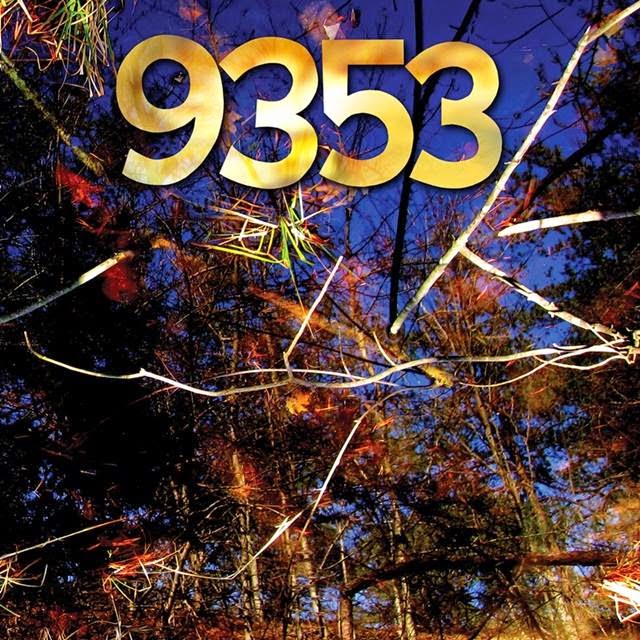 Washington D.C. area based 9353 always struck Disaster Amnesiac as a "band apart", even within the small confines of that city's underground scene of the 1980's. Their vibe was more abstract, artier, and way more, ah, drugged, than so many of the other (fucking awesome) bands of that town at that time. Their signature song, 10 Witches, always resonated a lot more with my addled teenage brain during that time frame ("we used to be such NICE children") than those of many other bands, regardless of them being underground or mainstream. 9353 often came across as fucked up and beat down as Disaster Amnesiac felt, trudging through a miscast existence in Prince William County, VA; their outsider vibe spoke to me, that's for sure. Apparently their first drummer hailed from Woodbridge, too, and as such, the band seemed more like home town heroes to mopes such as yours truly.
It turns out that 9353 has diligently soldiered on in some form or another for most of the post 1980's time period, a fact that Disaster Amnesiac had been unaware of. Looking through the catalog of  their label, Brainwashington Records, it's clear that I've missed quite a bit of activity from Bruce and his band. Thankfully, I was able to acquire a copy of 2012's Ravens of Glenmore Drive, and although Disaster Amnesiac's party ("party", yeah right.....) daze are long gone, I'm still glad to get skull fucked by 9353's Art Punk surrealism.
Said fuckery comes in large part from the vocals of 9353 mainstay Bruce Hellington. His lyrical tableaux have always evoked strange, often nightmare scenarios. On Glenmore Drive, he reaches new heights of skill. From Sci-Fi imagery on Dinosaur's Spaceship Ark to brilliant social parody in Crime Stars vs. "Credible" Victims to heartbreaking lamentation in Luxury is Choosing How the Story Ends, among others, writing is effective and evocative. Read along with the printed lyrics and be blown away! Disaster Amnesiac has repeatedly seen bizarre, Bosch-like scenes within their worlds. Additionally, Bruce utilizes his long time method of multi-tracked vocals, their effect being a kind of schizo-voiced cacophony within the listener's perceptions.
Musically, the band's approach seems to be one of paired-down simplicity, in that changes are for the most part eschewed for repetitive, groove based tunes. These move along nicely, often on account of the heavy rhythm section of Kathleen Hellington on strongly pounded drums and Vance Bockis (RIP) on melodic bass lines. Disaster Amnesiac finds their playing on the tranced, Hawkwind worthy Another Dandelion Planet Goes Kaboom to be particularly amazing. Susan Hwang and Nan Helm add keyboard and synthesizer colors atop these concrete grooves, giving psychedelic, Post Punk abstraction to them. Beautifully heavy, even when they skew Doo Wop (Skew Wop?) on Luxury.
Sound and engineering wise, Ravens of Glenmore Drive plays deep and luxurious. One can tell that a ton of attention was paid to its production. The LP seems to be somewhat of a memorial to a paragraph long list of fallen comrades; it's fitting that 9353 would want this partly epitaph of an album to sound GOOD. And that, it does, along with having a sumptuous cover art job. Nice.
In parting, Disaster Amnesiac would like to pay respects to Edd Jacobs, who played Tibetan prayer bells on Ravens of Glenmore Drive. I did not know him per se, but he always seemed like a friendly guy at shows in D.C. May his spirit's transition be one of ease.
Posted by Mark Pino On Drums at 4:39 PM No comments: 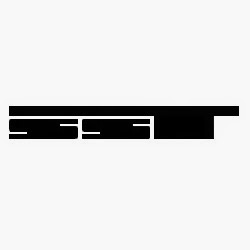 One would have to figure that Greg Ginn is feeling pretty good these days. His reconstituted Black Flag seems to have survived 2013's assault from the legion of former Compadres in Crawl and the very public drama of Ron Reyes's exit. Disaster Amnesiac cannot make an informed judgement on Flag's new rhythm section and the singing of Mike Vallely, on account of herniated disc. My ticket sat unclaimed at the New Parish box office as I essentially could not get out of bed in May, when Black Flag's 2014 tour rolled into the Bay Area, without experiencing real physical agony. Thankfully for this listener, SST has released new sounds from Ginn's musical mind, and as Disaster Amnesiac's back continues to heal, it's quite a bit easier to walk over to the stereo and press play. 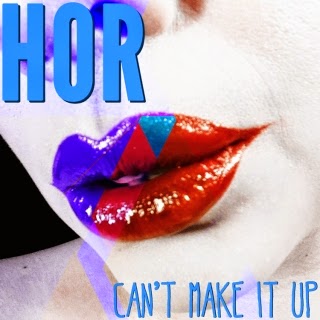 Hor-Can't Make It Up; SST Records, 2014
It's not shocking to say that Greg has been a man of multiple voices for some time now. Since the early 1990's, SST has focused pretty much exclusively on the myriad bands and projects that he dreams up and throws down onto tape at Casa Destroy. Disaster Amnesiac recalls Mark Prindle's excellent interview with Ginn, in which the later defined Hor as more of an Electronica influenced band, and I can hear that. Big, melodic keyboard riffs are laid down over Greg's rubbery, sometimes fuzzy bass lines. The tunes move along these currents while that characteristic skewed six string melodic sound then oozes and flies off of his fingers and into your ears. Can't Make It Up is definitely made up of layers of this action. In this sense, the Electronica comparison rings very true; put on headphones while you listen to it, and marvel at the intensity and multiplicity of lines emanating from the melodic instruments utilized. Additionally, one can really hear some of Greg's best guitar playing on this disc. He just continues to develop his technique, and the payoff is SOUND.
Drummer Sean Hutchinson pushes the jams with absolute steadiness and creativity. No more can SST detractors use the "drum machine" canard against its bands. His sounds are live, and lively, bumping along with discipline and funky, syncopated flair. Disaster Amnesiac imagines a really bright future for Hutchinson's music career. Top notch drumming here.
Can't Make It Up is stately instrumental cruise into Ginn's more colorful Psychedelic Jam Band side. Get in the (Volkswagen) Van! 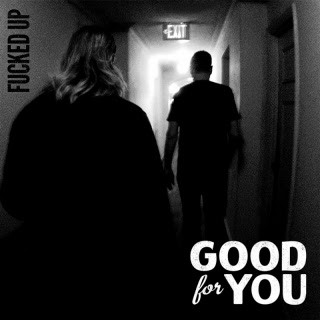 Good For You-Fucked Up b/w Steam Roller; SST Records, 2013
As opposed to the blissful stylings of Hor, Good for You pushes a heavy Punk Rock/Hardcore Punk feel with their sounds. Co-conspirators Mike Vallely and Greg Ginn stomp out a funk injected jumper on the title track of this 7", while drummer Mike Shear grooves along mightily. Disaster Amnesiac would compare Fucked Up to Black Flag angst anthems on the Damaged LP, as it most definitely drips with the energy of adrenalized anger so evident on that one. Of course, Greg's guitar sounds cutting and great within the caterwaul. Vallely's clearly feeling the darkened emotions deeply. Good for You seems to feature the venting of frustration a lot, and he does a fine job channeling it with his vocal delivery. On the flip, Steamroller's double time guitar riffing blasts away atop Matthew Cortez's energetic pounding. This one's a real headbanger, as the lyrics lay waste to the (always, it seems) fading American Dream and its human wreckage. Disaster Amnesiac hears Greg's guitar solo and feels proud of my country, though. And to think, I'm currently "between jobs"! The tune also features a nicely integrated theremin noise blast! I feel like any discerning Punk Rock fan would be fine shelving this one next to their 7" copy of Nervous Breakdown or Paranoid Time. A classic, short rip from SST.

Disaster Amnesiac is beginning to wonder if and when Black Flag will record and release new tunes with their new (improved?) lineup. It seems likely, given Greg's penchant for constant development from all of his bands/projects. Until that time, I'll be digging these two SST releases. Perhaps, when I find permanent employment again, I'll splurge and buy a new SST coffee mug for my new cube/desk/cell. Hopefully that time, along with the release of said new Flag LP, will arrive sooner rather than later.
Posted by Mark Pino On Drums at 9:48 AM 7 comments: