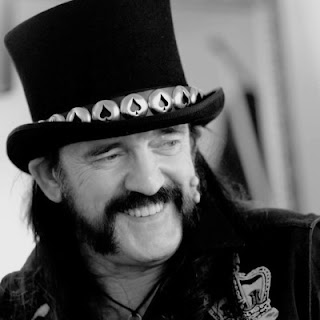 Presumably just like millions of other Motorhead fans, Disaster Amnesiac was saddened, but not exactly shocked at the news of Lemmy Kilmister's death on 12/29/2015. The reports coming from this year's tour cycle seemed to presage some drastic change for him (retire? yeah......right!).
I've spent a few days mulling it over, and my conclusion is this: Lemmy was the last 20th Century Folk Hero, and possibly the last real Folk Hero ever. Seeing the outpouring of love for him, from all over the Pop Culture spectrum, deems it so for me.
EVERYONE loved Lemmy, and, really, why not? He was honest and sincere: he loved to rock, he loved to party, he loved to make love. He made no bones about anyone of this, and, to paraphrase one Facebook pal, he did so under an unwavering ethos of personal accountability. He never gave off any bullshit, nor did he come across with the grody, passive-aggresive/sadistic vibes of so many in the music industry. He called it like he saw it, and in an incredibly honest, and heartfelt way.
Take for example his relationship with the Ramones. No less an authority than Joe Carducci opined that the Brudders from Queens had beaten Lemmy to the aesthetic punch that he desired by a year or so. Far from being snarky and weird about it, Lemmy wrote a song praising their genius! It's this kind of supportive, non-egotistical attitude that made people love him, surely. I also always marveled at the variety of bands that Motorhead played with: Metal, Punk, Stoner, Rock....Motorhead defied genre and just hung with any type of band, and I suspect that all were better for it.
Disaster Amnesiac saw Motorhead live twice, and both times Kilmister's presence was very much at center, but never forced or ridiculous. He was just there rocking for the people, and he was a star without even trying to be one.
It seems rather unlikely that a persona as blunt, forthright, and honest could ever emerge from the morass of politically schmoozed movements that now make up popular culture. Lemmy Kilmister, the Last Folk Hero, emerged at just the right time to take that mantle, and I suspect that he took it with him to the grave.
Now, people...go and enjoy some Motorhead, Hawkwind, Rockin' Vickers, or Sam Gopal. Lord knows Lemmy did.

Posted by Mark Pino On Drums at 3:57 PM No comments: 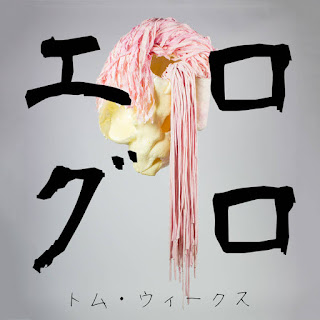 It's an entertainment truism that "if it ain't broke, don't fix it", but one of the dynamics of Jazz and Improvised Music that Disaster Amnesiac loves is the way in which artists within these fields disregard that kind of safety net and let their new developments show. I recall a trip from San Francisco to Oakland's Yoshi's in the mid-1990's in order to see Anthony Braxton play. Expecting the other world logic of his classic Quartet, instead I was treated to a few hours of Braxton playing Standards on the piano with a very straight rhythm section. An instructive moment in expectations, surely. Recently, this type of dynamic played out for Disaster Amnesiac again: after enjoying a set of Electro-Acoustic improvisation from Tom Weeks, John McGowan, and Sam Genovese, in which they played a set of mostly delicate and very quiet pieces (for the first time, Disaster Amnesiac had the opportunity to think "man, his saxophone sounds a lot like a bowed cymbal right now"), I duly purchased a copy of Weeks' Ero Guro, expecting its sounds to be comparable to the music I'd just heard from him.
I was mistaken. The sound of Ero Guro comes from a much different vantage point to be sure, that being a tight and muscular quartet music, featuring electric bass and two drum sets alongside the (mostly) reed work of Weeks. Tom shows great command of his alto saxophone, blowing hard and hot throughout with Blues-ey runs that evoke the disc's dedicatee, Ornette Coleman. Disaster Amnesiac has particularly enjoyed his post-Bop style on closer Yamette Kudasai and his speedy, high pitched runs on Kimochi, but that said, Weeks just seriously plays throughout the proceedings. If you're looking for some physically effecting alto saxophone sounds, you'll find them in Ero Guro. Tom Weeks seriously owns things on the disc, his compositions and improvisational skills greatly on display.
Also of great effect is the rest of the group. Bassist Michael Srouji anchors the rhythm section with fat grooves and quick lines that match the saxophone when necessary. His playing shows serious simpatico with Weeks as his bass riffs run alongside those of the horns. Dig his finger picking on Onii-chan, My Hips Are Moving On Their Own and hear that of which I speak.  The tandem drums from Robert Pruett and Harry Gibbons get into some serious Funk on Tentacle Apocalypse, get all fire-ey and Free on Yamette Kudasai, and blast away furiously on Onii-chan. Their command of the compositions' details and wanton, ranging drumming power during more improvisational passages is powerful, heavy, and just all around enjoyable. This rhythm section simply kicks ass.
Ero Guro is a damn fine CD. Its sounds run a serious gamut, from wild improvisation to complex song forms and strange Musique Concrete (Interlude, with its surreal prurience: are they fucking or climbing a mountain with frost bitten digits?), it has scads of music to offer the listener.
Tom, please keep busting things up, OK? And, please, keep Disaster Amnesiac informed when you're doing this breaking! 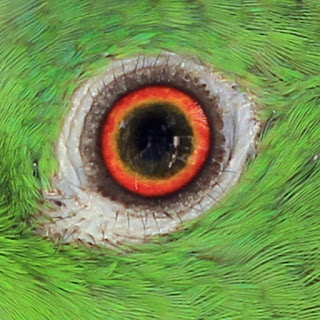 With hindsight, Disaster Amnesiac could kick myself for not checking out more music during the years that I lived near Washington, D.C. The shows that were attended by teenage Amnesiac were awesome, of course, but there is just so much great musical culture there to be had: Go Go, Blues, Jazz, Roots Rock, etc. can be found alongside the eminent Punk Rock and Hardcore that gets a lot of the attention. I do recall night time trips to Georgetown for record shopping, during which I would stand outside of this little Jazz club's window, in which the drummer would often be placed, and listen. Still, it's a drag to have never taken in so much of the music that permeates the District.
Happily, Disaster Amnesiac discovered yet another great D.C. band recently, through the great World of Abstract Dreams blog (the man's reading list.....wow), that band being Vector Trio.
Sin Ojos, one of three 2015 releases at Vector Trio's Bandcamp page, starts off spaciously with Semi, a track that has Disaster Amnesiac ruminating about any and all manner of the Post-Ayler continuum in Improvised Music. The group makes these skeletal frames of sound, within which they interact freely and with precision. As I've listened, it's become clear that this group has jammed together a lot; they comment on each others' sounds, finish each others' riffs, and just generally play. Drummer Marshall Hughey frames the sound on Semi. His drum set playing doesn't so much swing as creates zones, from which bassist Gary Rouzer and trumpeter Scott Forrey launch off into their own spaces. These three players present myriad sounds during the tune's twelve minute duration, and though they all really inventive, it's Hughey's drumming that impresses the most. His brush techniques go way beyond the standard Jazz-brushed swishing: at times he coaxes what sound like strange machine sounds from his brushed tom toms and cymbals, or taps out log drum sounds out on the sides of his drums. This is not to say that Forrey and Rouzer don't play incredibly on Semi; they certainly do, but Hughey just puts on a clinic in improvised drum set creativity throughout.
Next up can be found the Jazz march of the title track, during which Forrey really shines. The rhythm section provides a solid, swinging frame, from which he riffs at times buttery and full bodied, at times spicy and more slim and high pitched. His trumpet playing on Sin Ojos travels many paths, all of them compelling to hear. Rouzer gets woody, percussive tones from his bass, and, eventually, Hughey introduces the recording's first overt Swing pattern, moving the group into the canny lateral Monk quoting of Well You Shouldn't, with its sweet horn solos and more fine, if somewhat more traditional brush work from Hughey. It's the kind of nod to tradition that all Jazz lovers could recognize as legitimate and heartfelt. Disaster Amnesiac figures that none that would hear this track would find it disingenuous. Its easy, swinging feel seems all about adding creative touches to a much cherished tradition, never aping it, but participating in its evolution.  Things go back to the more Free side on Not But Also, in which the rhythms get more cellular and pointillist for a time as the trio examines collective improvisation conversation before beginning to bounce a bit more. Forrey's solo again shows him to be a masterful player: as I've listened to Sin Ojos, I've marveled at how much sound and varied tone he gets from what so often seems like such a simple instrument (I realize that this is absolutely not the case, of course, but, hey, maybe I need to check out more trumpet and less saxophone during Jazz listening sessions). Ojos winds down with the melancholy closer The Minus Ghost, during which Rouzer pulls sweeping tones from his cello, Forrey bleats lonely and somewhat sorrowed, and Hughey provides more inventive framing with his excellent brush work.
As this title suggests, there are times when people are without eyes to see, but if you have any kind of ear for Jazz, listen for the sounds of Vector Trio.

Posted by Mark Pino On Drums at 6:35 PM No comments: