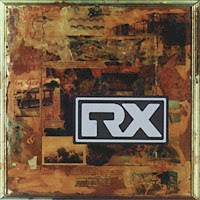 During the initial conceptualization of this blog, Disaster Amnesiac made a mental list of records to be dealt with, along with a few interview subjects to be queried. Most of those items were checked off early on. Royal Trux's 1995 offering, Thank You, was most definitely in that initial short list, but, for whatever reasons, I have never gotten around to writing about it. This is odd, as I've often reflected, given the fact that Thank You became one of Disaster Amnesiac's top ten ever LP's within seconds of my first hearing it in late spring of that year; all these years later, I still thrill at its sounds.
Six string sound generation man Neil Haggerty starts off the album with an incessant, catchy boogie riff on A Night To Remember, and never lets up after that. Whether it's this kind of groove rhythm guitar playing there or on Ray-O-Vac or (Have You Met) Horror James, or his flipped out soloing on Map of the City or Shadow of the Wasp, Haggerty lays down some of the most righteous guitar playing put to record during the 1990's. His solo on Wasp has always been a mind blower for Disaster Amnesiac: a treatise that runs from B.B. King to Greg Ginn, and all points in between, in one minute flat. Along with his fleet fingered prowess, Neil must also be commended for his aesthetic touches on Thank You. He gets so many sweet, gritty, funky, and colorful tones from his amp, all of which are placed with really delightful precision. I don't know how much other guitar players pay attention to his stuff, but, I'm thinking that many should. Thank You is pretty much an electric guitar master class.
Not to be overshadowed within Trux, singer Jennifer Herrema puts in an equally great performance on Thank You. Her  low, gritty delivery has often reminded Disaster Amnesiac of Lemmy, but, to compare her style to anyone else's is just not fair. Where did she get the idea for this? It seems like, so often, female Rock and Punk Rock singers opt for a kind of "ultra girl" high end shout/yell (much like the way tons of Rock dudes go for that low tenor "yeeeaaah" thing). Herrema pretty much goes the opposite way, scraping her vocal chords low and rough. I've spent almost twenty years puzzling over her lyrics, the compelling stories of Granny Grunt, The Sewers of Mars, and (Have You Met) Horror James offering tons of imaginary mileage, her slurred lines on Fear Strikes Out giving surreal incomprehensibility. I recall the press for Thank You comparing Herrema and Haggerty to Jagger and Richards, and, it makes sense in a way, but Herrema's sound is more authentically Blues Punk singular, a lot less effected. It's sad that she lost the vocal foil of Haggerty, but I'm sure that her current band Black Bananas features that same front person chutzpah.
Going by the maxim that a band is only as good as their drummer, on Thank You Royal Trux provide extra insurance of greatness by utilizing the eminent skills of two skins men. Chris Pyle and Robbie Armstrong, along with bassist Dan Brown, lay down solid rhythmic moves throughout. Brown's clean and low melodic playing is always full of nice surprises: the tune grooves along, and then suddenly there are these saucy bass lines that accent certain spots perfectly. Listen to Lights on the Levee and You're Gonna Lose and hear it. As for the tandem drum team, it's just all over every tune on Thank You, with Pyle pounding out great kick/snare/hat patterns, solid at every turn, while Armstrong colors imaginatively with any and all manner of percussive implements. A Disaster Amnesiac favorite moment from them has to be their shuffled playing on the bridge part of Granny Grunt, or their chattering on (Have You Met) Horror James, or their album defining drum jam coda on Shadow of the Wasp, or............you get the picture, right? You have to hand it to Haggerty and Herrema on that last example: here they are, giving the drummers the last word on their album. It's not many front line musicians that would even consider that. I often wonder how much the influence of Go Go, their original home town's real gift to the world, had on their percussion-friendly perspective.
The sum of all the great parts of Thank You equals a concise, rocking romp, fueled by multiple streams of influences, all of which emerge sounding through Royal Trux's very unique voice. Everything about this album, from the patina and pastiche cover to every song on its grooves, is so well regarded by this listener, even after thousands of spins. For Disaster Amnesiac, Thank You is right up there with Out of Step, or Volume 4, or ....And the Circus Leaves Town as being a singular, stand alone statement of Rock power and prowess.
Posted by Mark Pino On Drums at 7:33 AM 2 comments: 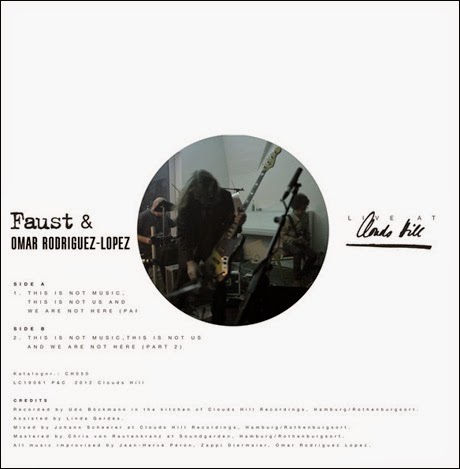 The recent spinning of the great Irmler/Liebezeit LP got Disaster Amnesiac to thinking about the other guys in Faust, and, thankfully, I managed to score a copy of what appears to be their most recent waxing, Faust & Omar Rodriguez-Lopez-Clouds Hill.
I'm not exactly sure what the rift between Irmler on the one hand and the Diermaier/Peron tandem on the other entailed (or, perhaps more optimistically did not), but, listening, what's clear is the latter men seem to be developing their aesthetic into an even messier realms. Disaster Amnesiac means this as a high compliment!
As opposed to the clean lines and Zen order of Liebeziet's drumming, Zappi's rumbling pound sounds relatively primitive. That said, both men retain the disciplined feel, so much pioneered by the German Psychedelic movement post-1968, with its Minimalist foundation.  Diermaier's sound just has a lot more overt wildness to it; his spaces seem less considered, more off the cuff. Perhaps the difference between driving a brand new BMW on an empty autobahn or a reconfigured Panzer tank through an onion field sums it up. They'd both be worth the experience, but their individual feels would be so much at odds. The latter would most definitely come with tons more grit, as Zappi's drumming surely does, but would be thrilling in it's own right, as his drumming surely is.
Jean-Herve Peron's front man action remains as inspiring, freaked out and other worldly as I imagine it was from Faust's very beginnings. Clouds Hill's image of him, as he wields his bass guitar as if it were some type of weapon shows a lot. He gets some great, blasting, outright Noise tones from his rig. To go back to the Irmler vs. Peron idea, whereas the former seems to be developing his sound in a traditionally more forward linear fashion, the latter sounds as if he wants to go back, moving to some ever more primal scream. I like both. The decision should be the provenance of the artist, and both men are indeed that. Jean's declamatory vocals on this 10"s sole track, This Is Not Music This Is Not Us And We Are Not Here, are also great. I can't make out what he says in French, but his German and English lines describe fingers and arschelochs having eyeballs, Omar's 26 hour flight to the gig, and, most understandable of all, his admitting of a desire "only to COMMUNICATE!!!"
Third man Omar Rodriguez-Lopez is a fascinating guy. Disaster Amnesiac has tried more than a few times to dig his band Mars Volta, to little effect, but I love his Gold Standard Labs label's output. He seems to be content with a sort of background role on Clouds Hill, coloring around the drum beats and vocals, almost laying out for minutes on end, but he definitely gets some nice processed guitar crunches in. His retiring presence is intriguing, and, in light most music industry narcissism, just cool. Hopefully he managed to get some rest after the gig.
To get back to the Faust split again, I'd have to say that Irmler is making sounds that are a bit more refined in their Psychedelic aesthetic, while Peron and Diermaier continue to "go back to the caves" for their inspiration. The good news is, of course, there's lots to appreciate from both methods.
Posted by Mark Pino On Drums at 6:58 AM 2 comments: 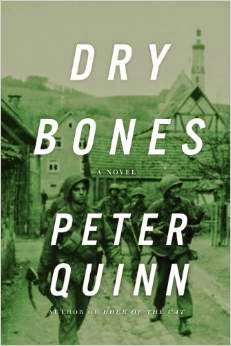 It's not too often that Disaster Amnesiac reads thrillers, but something about the cover image for Dry Bones, Peter Quinn's great recent novel, WWII grunts humping it through some village in western Germany circa 1945, compelled me to grab it from my local library branch and dig in.

Digging I have done so, too.
Quinn's lean, eloquent Noir style tells a mid-20th Century story, encompassing the deep human wreckage of modern warfare, using the rough time frame of 1945 to 1958. Dry Bones offers poetic insights, generally reflected by men in mid-life, to muse on the human elements of love, loyalty, sacrifice, and betrayal, both on macro societal and micro personal levels. The issue of how societies and people make deals with themselves and others, not always "clean", to fulfill their aspirations seems to be central within this novel, and Quinn addresses it with highly skilled story telling.
Dry Bones is a fascinating look into a period whose underlying dynamics are generally forgotten, with elements of Cold War espionage and revolution, MK Ultra slight of hand, and the often unseemly realities of national struggle all looked at from the somewhat tragic and darkened perspective of people at middle age.
Disaster Amnesiac figures that its message is instructive and adds a lot to, at very least, my own understanding of these liminal issues.

Posted by Mark Pino On Drums at 6:04 AM No comments: