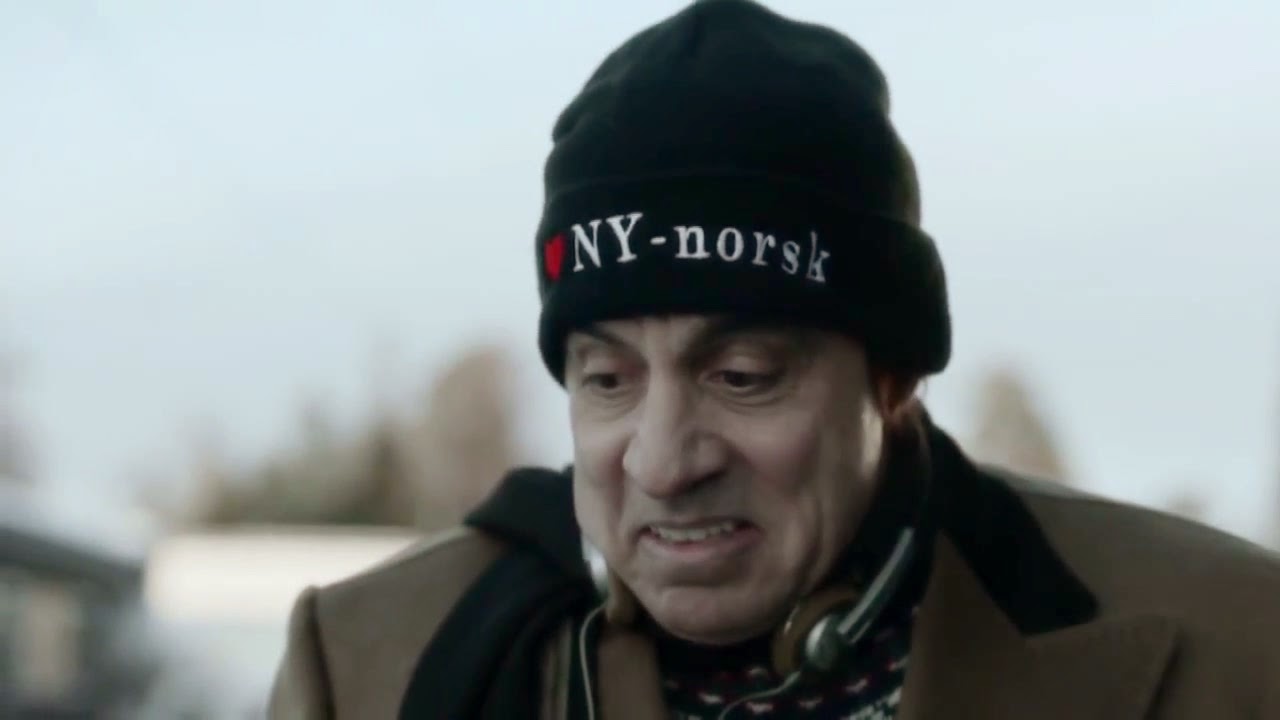 Disaster Amnesiac realizes that it's been quite some time since my last post. Tons of personal, professional and artistic obligations have made it tough for me to muster the needed attention to detail, so essential to even the most half-assed blogging attempts.
That said, a recent spell of "sick in bed with a cold" afforded a chance to binge watch the most current season of Lilyhammer, Steven Van Zandt's excellent Netflix-based gangster show.
After wrapping up Season 3, Disaster Amnesiac just wants to say how much I enjoy Lilyhammer, along with a few notes as the some of the reasons why.
To start, the writing for the show, having been initially good to great, has gotten more brilliant as the show has progressed. This veritable Sopranos spin off has spun its own unique thread; the way that United States culture is reflected off of the Norwegian setting of the show is smart and witty, and the insights from this wittiness often leaves this viewer with all kinds of fascinating food for thought as regards that culture.
Secondly, the acting, with its contrast of East Coast U.S. heat against Norse understated cool, is always compelling. Van Zandt has proven himself to be a top flight satirist with this vehicle. There was always a certain black comedy emanating from his appearances on the Sopranos, and on Lilyhammer he perfects that particular mode.
Last, it's quite fun for this music fan to see the various "guests acts" that Van Zandt, an enthusiastic and dedicated fan himself, programs into each episode. Scandinavian Rock 'n Roll culture is quite fascinating to view from his curatorial perspective.
Take it from Disaster Amnesiac, if you've not done so already, and have time to do so, check out a few episodes of Lillyhammer. It's one of the best shows going!
Posted by Mark Pino On Drums at 6:44 PM 2 comments: 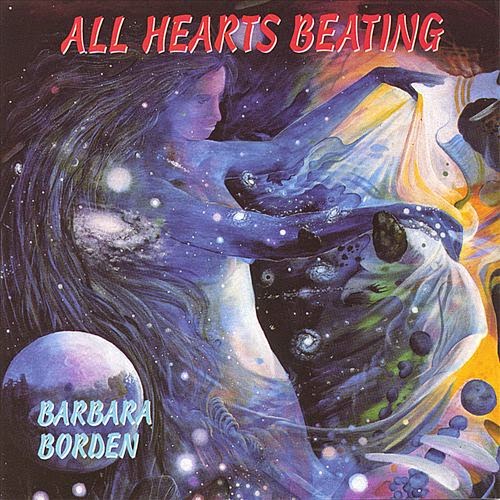 So on a recent trip into SF's Bayview District on music related business, Disaster Amnesiac had a few minutes in which to visit a favorite old haunt from my Golden Age of San Francisco crate digging, the Goodwill Store on 3rd St. at Evans.
Those few minutes' digging gave me a choice: either Nirvana's Live From the Muddy Banks of Wishka, or All Hearts Beating, Barbara Borden's 1990 release on the San Rafael based Cloud 9 label. Both CD's had a certain allure: the former, which I've heard, has the gritty insanity of Kurt and his future Foo Flipper dudes, rockin' hot and cynical to the great unwashed as their dream of Punk Rock Integrity in the teeth of hardcore Music Biz machinations is shown to be just that, definitely a dynamic with a certain appeal at this late date. The latter, with its somewhat surreal and delightfully spaced Feminist cover art won out on intrigue alone. Disaster Amnesiac figured that, if it turned out to be a bit too aurally saccharine, it wouldn't be the first time that a thrift store New Age purchase had turned out disappointing. Sometimes you just have to go with the unknown.
Glad that I did, too, as All Hearts Beating is a lot more than just a New Age toss off, and probably a lot more emotionally whole and filling than a clutch of Kobain tunes.
The whole disc is made up of essentially one long piece, split up into seven distinct parts. Ancient Rumblings starts things off with a short, sharp rhythmic tattoo and electronic washes before dipping into a darkened ambient track, And the Flowers Showered, that has the kind of eerie synthesizer washes that so many Black Metal artists are want to utilize. That this move was made well before Varg and Euronymous had their falling out just makes it that much cooler in this listener's ears. Disaster Amnesiac does not know if Borden's intentions with the Showered were as gloomy and cold as all that, but, still, it sounds mysterious and otherworldly. Things take a distinctly more drum heavy tone next, on Earth Beat; this one has all of the rhythmic bombast of the best that her Marin County neighbors in the Rhythm Devils had to offer at that time, especially with its 12/8 triplet ostinato patterns and deep bass drum blasts. Earth Beat's beating stands right up there beside Crash Worship or !Tchkung as far as 1990's drum-centric heaviness goes.
After Beat's nine minute continuous pound, Borden wisely reigns things in, energy wise, for Caverns of the Heart. Here, she brings the energy back down, building aural caverns with more synth/drum duo mystery, utilizing singing bowls and other resonant metals to great effect. Emerging from these Caverns, we find Borden joined by violinist Liz Spencer on Sanctuary of Tears. Spencer does indeed bow up some seriously melancholy tones from her violin. Her sound often has Disaster Amnesiac thinking of John Cale's low moaning on the Stooges debut. I realize that Cale played viola, but I'm talking tone and mode here.  Bordon does a great job in accompaniment, of course, utilizing lots of woodblock-ey tones, along with her great,  low toned, expressive drumming.
Things get really shamanistic on the next track, In-Chant-Meant, thanks in no small measure to the vocals of Rhiannon. She gets all kinds of crazed, by turns chattering and gruff, always out there. Hers is no fluff performance, and it sounds as it her vibes really lifted Barbara's drumming, which is accordingly inspired sounding. Cynical types might cringe at some of her glossolalia, but Disaster Amnesiac finds it to be really great. All Hearts Beating's ending track, of the same name of the CD, has Borden back to solo drumming, this time with some expertly tuned trap set drumming and a lot more cymbal thrashing than on previous tracks. Again, hints of Hart and Kreutzmann, but Borden has her own clear, eloquent, deep style, and she shows it off nicely to close out this recording.
Going back to my initial choice, Disaster Amnesiac is happy to have gone with the unknown (to me) quantity of Barbara Borden. While writing this piece, I've discovered that she's still active, still getting press, and still pressing out rolls on her drums. This makes me very happy. Hopefully I'll find a way to see her play live in the near future. One can always use the kind of shamanistic vibes that she puts out. The cynicism of Cobain et al, not so much, even if it is ostensibly easier to espouse. Thanks for the Heart Beats, Barbara Borden!