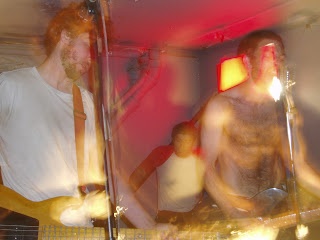 The great Ghost Echoes, live at the Li Po Lounge circa 2009. They should have stayed together longer, but surely they had good reasons not to (?).

Photo by either Scarp Home or his former wife Sandra.

Posted by Mark Pino On Drums at 4:42 PM No comments: 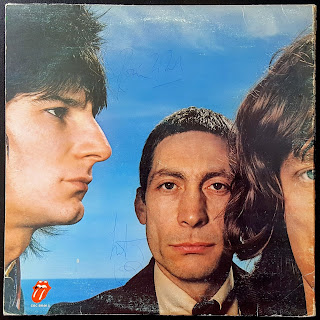 The Rolling Stones music has meant a lot to Disaster Amnesiac for a long damn time. I recall marveling at how ugly they looked on copies of my mom's LP's, back in the early 1970's. That was not off putting to me in the slightest. When I first started to really listen to music, to hear music, Start Me Up was a current hit, and I loved it. My appreciation for the band grew during high school years, especially their post-Brian Jones works. As I've aged, the purity of their approach has never been lost on me. One has to figure that this has a lot to do with Charlie Watts. Mick, Keith, Bill, and whomever else they recruited over the years were so fortunate to have such an uncomplicated musical thinker behind them. Watts never strayed from the essential back beat-rooted nature of Rock 'n Roll, and why should he have? He always seemed to have that Big Beat front and center within his concept, and, in doing so, he allowed the other Stones the room to shine in their singular, successful ways. Disaster Amnesiac often marvels at the humble, rooted groove of Watt's drumming as I inevitably tap my toes to any song by the Rolling Stones that I may be listening to. Many other drummers have made their reputations with flash; Charlie made his by playing the song, pure and simple, and leaving it at that. Charlie Watts always served the music, and music has lost a truly singular practitioner with his passing. We won't be seeing the likes of him again. Rock 'n Roll on, Charlie Watts, and thanks for giving us all of that hip shake. 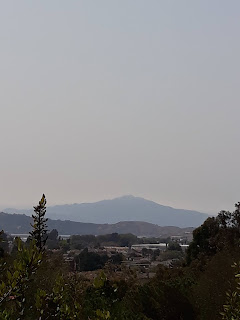 This is for certain: over the past year and a half, there has been a lot more time to go back to my reading list and finish books that were put aside at one time or another.  One such book is Lucy Lippard's The Lure of the Local. Over the course of a couple hundred pages, Lippard muses upon the ways in which art can have greater effectiveness on human consciousness when its focus is of a place, more than just in a place. Disaster Amnesiac is simplifying a lot here, and I recommend that you read it and all of the rest of Lippard's stuff if you're concerned with that type of thing. I bring it up in order to lead in to fascinating couple of visits that I recently had to the sculpture garden at Contra Costa College in San Pablo.

Mrs. Amnesiac and I have gotten into the habit of taking Sunday walks that generally have us going through the lovely campus of CCC since 2017 or so. Of late, we've gotten used to having it pretty much to ourselves. People just don't seem to want to leave their houses, even on sunny days. Last Sunday, even the missus felt like staying home, so I had to stroll unaccompanied. I took the opportunity to diverge slightly from our customary path, and found myself within the sculpture garden for the first time.

This is where Lippard's concept comes into play for me. As I took in the handful of sculptures placed there, I pondered her ideas of locally based art, and the art of locale. Who were the unnamed artists whose sculptures are placed within this relatively humble spot? When were these pieces placed there, and with how much or how little fanfare within the community? Do they ever bring their loved ones to the sculpture garden and proudly show them their works? Does anyone even notice them as art anymore? Does anyone even care about and for them, especially in this current era of distance learning and campus closure (CCC has not been open for classes since March of 2020)? These types of questions arose at least partially from a Lippard-ian viewpoint within my head, along with the simple pleasure of looking at art live and in person. An altogether pleasurable experience, to be sure.

Forward in time a week, and Disaster Amnesiac returned to the campus, this time with my lovely bride in tow. I insisted that we go to the sculpture garden so that she could see the sculptures and I could take photos for this post. I was fascinated to find that two of the sculptures had been damaged over the course of the week. One, a surreal frog with its long red tongue hanging down to its feet, had been completely demolished, with only the plaster feel remaining. Another, a metallic mushroom, had been pushed from its base and onto a prone position in the dirt. Initially saddened by this turn of events within the garden, I began to ask more questions. Who did this? Was it a group of teens, getting high and drunk and feeling destructive? Was it the work of the campus grounds crew, having been requested to remove them? Was it a lone vandal, taking out some frustration on this seemingly unremarkable spot? Only the security cameras know for sure, and man would I like to see what they see. Obviously, it will have to remain a mystery to me, and that is alright. In a paradigm in which so many decisions and occurrences are so opaque, that's the kind of mystery that Disaster Amnesiac can live with angst-free. They simply embellish my esteem for the place that I've called home for the past five years.

I do hope that Contra Costa College will at least let the creators of those two pieces know of their fates. If that happens, how will they respond?

Below: intact sculptures within the Contra Costa College sculpture garden; note "additions" to the bird sculpture 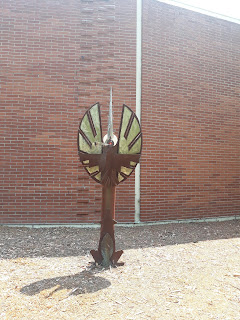 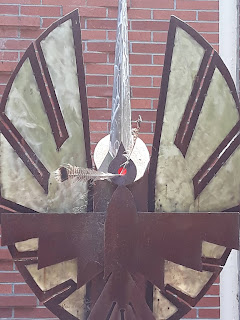 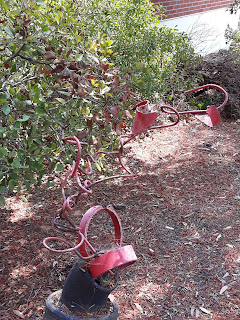 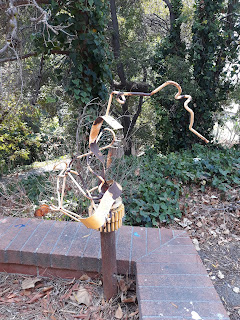 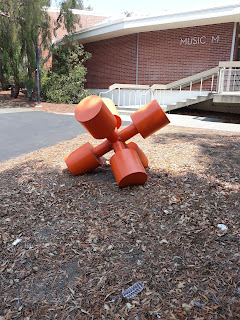 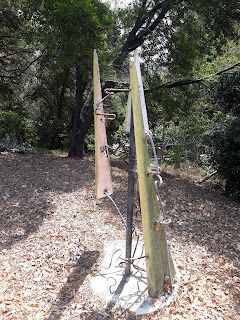 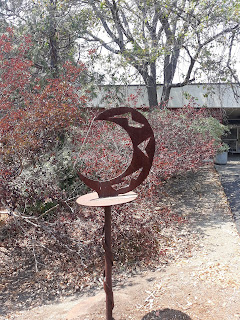 Below: the two damaged pieces 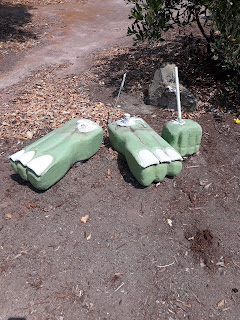 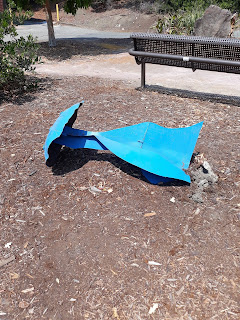 Posted by Mark Pino On Drums at 5:19 PM No comments: 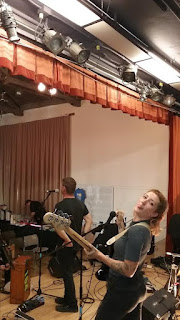 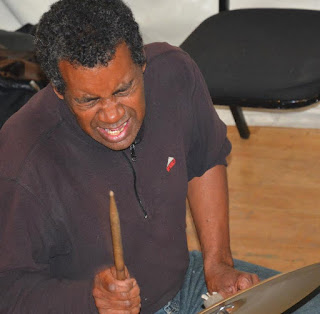 Posted by Mark Pino On Drums at 8:10 AM No comments: 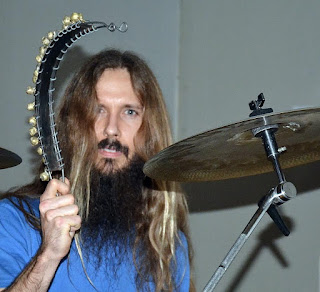 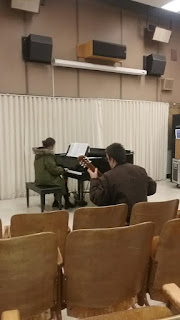 Two musicians rehearsing. City College of San Francisco, 2017. This little auditorium was freezing when I took this shot.

Posted by Mark Pino On Drums at 8:29 AM No comments: