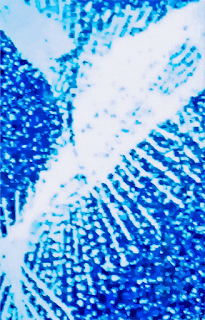 Incomiiiiiiing!!!!! It's always nice to get a new package of sounds from Public Eyesore/eh? Records, and recently Disaster Amnesiac opened the mail box to a thick package of goodies from that fine label. Three brand new cassettes, shrink wrapped and everything, ready to be unsealed and dug into. I'll be doing separate posts on each of them, starting with Pay Dirt's Error Theft Disco.

This duo, made up of Victoria Shen and Bryan Day, both of whom are inventors of instruments, was recorded in summer of 2020. As Disaster Amnesiac has listened, I've definitely wondered if these were done in personal proximity or through file sharing. No information as to this aspect is given, and I'm curious because the two get a very "live" sound with their various rigs. This sound is one that ranges from large scale junkyard machine scraping action to smaller scale disembodied voices that chitter and then flutter away. Big clangs alternate with pregnant pauses and outright silence. Whooshing, grinding sounds bubble up from the ether. Muzzy feedback clashes with bright bleeps. Error Theft Disco's overall feel has me thinking about older sounds from what was called Industrial Music; jeez, there are so many sub-genres of it now, but Pay Dirt seem to hearken back to the roots of it, the sounds of mad scientist engineers cobbling together wonderful machines in quiet isolation, the kind of machines that make a lotta noise.

Multiple listens have revealed layers of sounds and the interactions between Shen and Day. I'd advise that one take the time to do them, as for me, the more I've listened, the deeper these layers go and the more sound surprises emerge from their mixing.

It goes without saying that Disaster Amnesiac really wishes that I could see and hear Pay Dirt and their self-made machines in a live setting, as I've felt that that would reveal a lot about the auditory clues thrown around throughout Error Theft Disco and its four tracks. Until such a time, it's fun to puzzle at the sounds of their duo action via this cassette.